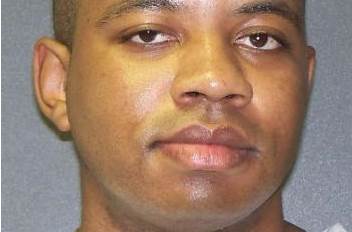 Mr. Nolan,
I hope you’re genuine in your endeavor and I hope you achieve your goal with your writing. I numbered your questions to match my answers. I’m sure you can take it from there. Can I receive a copy of how you publish this or the name of the website?

1) I think any execution has a 50/50 chance of taking place. It comes down to the legalities of the case. The controversial issue in my case has been narrowed down to racial discrimination concerning the State of Texas purposely striking Black people from the jury panel. Racial discrimination on trial juries has a long-standing history in Texas. It was really made known in the Thomas Miller-el case where Dallas had a guide for their prosecutors to strike all minorities from the jury panel. So it’s about whether the Courts will consider the issue worth halting the execution.

2) Daily life on death row is like living in a black & white TV, while the rest of the world is [in] a full color high definition plasma TV. I’ve done my best to live above the circumstances by studying self-help and spiritual books. Ghandi once said that prison is not a punishment for an enlightened person, it only gives them more time to deepen their divinity. I agree. I was a teenager when I came to death row and over the last 15 years I’ve written several books & screenplays. I’ve turned a negative into a positive, while others around have lost their mind, dropped their appeals or committed suicide. I think who you are matters more than where you are.

4. My time in jail introduced me to politics. I was too young and uneducated to understand politics before I got locked up. Now, I see everyone has their own agenda and ideology of how society should function and those in political offices enforce their own agenda upon others. I think politics is a shark’s pool. There’s not much empathy involved.

I am a deeply religious person. I respect all religions, especially those who sacrifice for the service of God. I have a strong faith in Christ, but I do see
Letters From Death Row: Ray Jasper, Texas Inmate 999341
SEXPAND
religion is often misused and Americans are too intellectual to be truly religious spiritually. Many people are only outwardly religious. I was religious people who wanted Christ to be executed. It was religious clergy who persecuted Martin Luther King as an extremist. One has to be careful of those who choose the letter of the Spirit. Paul said, “The letter kills, the Spirit gives life.” Jesus said only those the Spirit understand the kingdom of God.
5) The way the media covers the death penalty depends of the agenda of that media outlet. The media is not neutral. I think whether a person is pro or anti-death penalty, we should all be against injustice. Those who do not see the death penalty as unjust should do their homework. Every major newspaper in Texas has taken a stance against the death penalty due to their investigative journalism. They know what’s going on behind the scenes. The average person in Texas cannot explain the difference between murder and capital murder. The public is under the impression the people receive the death penalty for murder and murder, in Texas, is not punishable by the death penalty. There are thousands of people who committed murder and capital murder who are not on death row, but in regular prison. To say one person guilty of capital murder should live and another person guilty of capital murder should die is an injustice in [and] of itself.

I suggest reading the book TRIAL & ERROR: THE TEXAS DEATH PENALTY by Lisa Maxwell. It just came out this year and it highlights all the injustices of the Texas death penalty that many people never knew or forgot about over the years.

6) My life is a testament of what it is to be young & black in America. Black [people] are incarcerated at a higher rate than any other race because we are ignorant to the laws that govern society. As Nelson Mandela said, “Education is the most powerful weapon on which you can use to change the world.” I gave up in school after a friend died when I was 11 years old. I didn’t officially dropout until 16. By 18, I was facing the death penalty. I had no idea what capital murder was by definition or the law of parties. The Bible says that understanding makes a person depart from wrongdoing. People must be taught, even if its not in a school. We are all interdependent and we can educate each other. Adults need to have the courage to talk to teenagers and teach them how to make a smoother transition into adulthood. Over a million teenagers are arrested every year in America. 5 out of 6 black teenagers will drop out of high school. When you’re young it’s hard to see the road up ahead and many teens lack a long term vision for their life. They must be taught in the school of life by adults who cross their path.

Note: I apologize for all the mistakes, but I’m stuck in the 80’s with a E-typewriter, not a laptop. Any other questions let me know. I wish you success on your endeavor. Enjoy the season.