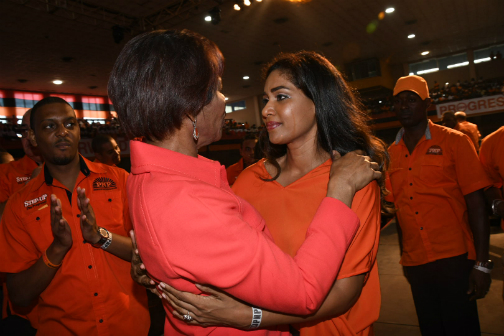 Loyal supporters and members of the People’s National Party (PNP) were overcome with tears as Portia Simpson Miller made her final address as party leader this afternoon.

The supporters were moved to tears after Simpson Miller ended her address in which she spoke about her love for the party and her rise from humble beginnings to become the first female vice president and president of the party as well as the country first female prime minister.

Councillor Venesha Phillips, who was seen rushing out of the National Arena in tears, had to take a moment to compose her self.

“She has been here longer than I have been and it is a bitter sweet moment and I know Dr (Peter) Phillips is capable but some of us have been so close to her so it’s just a lot of emotions, a lot of what ifs, but the PNP is the party that still has the people’s best interest at heart,” she said.