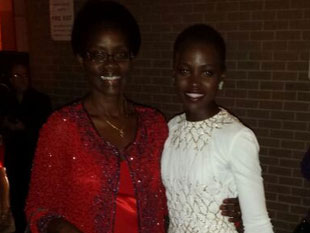 How has your journey been, watching Lupita become who she is now?
This has been an awesome and very rewarding journey, but it didn’t just begin last year. This has been a lifelong journey. Lupita has been on this journey all her life. She has worked hard and remained very focused.

Can you believe it?
We can believe that she has completed her formal education and is now acting and that her talents have finally been recognized internationally. We can believe that her acting career has met with success. We have watched her over the years and knew that she was extremely talented.

We remember how brilliantly she played Juliet in Romeo and Juliet at the Phoenix Theatre under the late James Falkland, at the age of 14 years; how she cracked our ribs during St. Mary’s School plays, or at the British High Commission when as a teenager she played Natalya in Chekhov’s The Proposal.

What can you say looking back, you did right, and what do you wish you could tweak a little?
What we believe we did right, was to give her the opportunity to find herself and to chart her own path, especially when she went to Rusinga School, where she began to flourish. We also believe, sending her to Mexico at the age of 16, after her O’levels to learn Spanish, was also a good move. What we might tweak a little, would have been to set her on her own path much earlier.

Have you had a chance to watch the film? Where you scared to watch it?
Yes, I have watched the movie thrice. Her father has seen it twice. I first saw it at the Toronto Film Festival on 6 September, 2013. Indeed, I dreaded watching the movie but knew I had to see it. So, to prepare myself to see the movie, I decided to read the book. She had given us the book a year back, but I was having a hard time reading it. The English used in the book was very old (1853), and it took a while to wrap my head around it. Then in June, this year, I decided to read a chapter a day – it has 30 chapters. The book was harrowing, so I knew I would really have a hard time. The cruelty on Patsey (played by Lupita) was described in detail in the book. 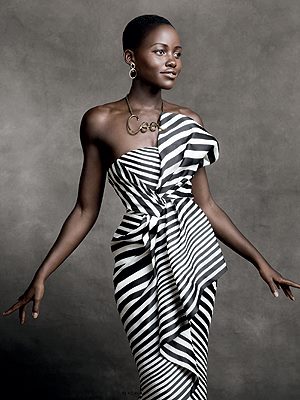 I had two more months to pray and brace myself for the movie. When I finally saw the movie, flanked by my childhood friend, Dr Salha Jeizan, Lupita’s Manager, Didi Rea and my son Peter Jnr, I was jarred but secure in their midst.

What are your thoughts about the message carried in the film?
This movie is very powerful and very timely. Its message is poignant. America needs to see this movie and needs to open up the discussion on race, with a view to correcting some mistakes they have made over the years. Race is the elephant in the American room, which is swept under the carpet. When you have people like Ted Cruz’s dad who says Obama should go back to Kenya, you know there are some fundamental issues here.

What amazed you most about Lupita’s performance in the role of Patsey?
I was amazed by how she portrayed Patsey. She brought the Patsey I read about in the book, to life.

Career-wise, what are your dreams for her?
We want all our children to pursue their dream, their passion and to excel in whatever they do. We pray that God will give them wisdom, protect them and wholly bless them.

While growing up, what would you say stood out about Lupita amongst her siblings?
Lupita enjoyed wearing costumes and pretending to be all kinds of scary things.

What does Lupita love most about home?
Lupita loves her family. She loves being with her best friends Belinda and Sandra.

What is her favourite food?
She likes Salads and makes them well. She loves homemade food and eats healthy.

Last words?
We would encourage parents to be close to their children from the beginning, to discover their talents and interests and nurture these and encourage the children to pursue what they enjoy. Each child is unique. They cannot be you or what you would have become. We should not force them to take a path that is not theirs.