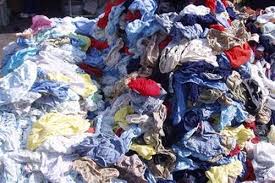 NBC’S reporter Jeff Rossen investigative report in 2010 that revealed some retailers were reselling used underwear — among them Victoria’s Secret, Nordstrom, Wal-Mart, Macy’s, Bloomingdale’s, The Gap and Marshalls. The Rossen Reports team used hidden cameras to discover stores taking used underwear from customers and then putting it back on their shelves. When confronted, retailers said they’d re-educate their staffs. The team returned to some outlets this year for a follow-up, and found plenty of dirty underwear.