MAID WHO BEAT 18 MONTH OLD ONLY GETS 4 YEARS 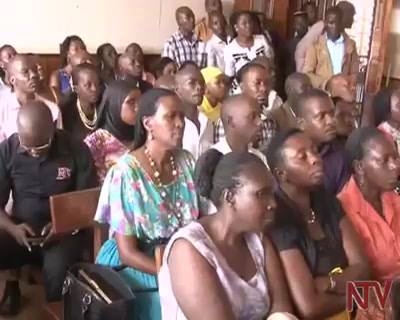 Jolly Tumuhirwe, 22, was secretly filmed late November with a closed circuit television set up by the father of 18-month old Arnella Kamanzi in their home near Kampala.
The footage showed the nanny bashing the screaming child, stepping on her and smacking her face.
The video was seen by hundreds of thousands of people on social media and prompted authorities to announce that anyone seeking a job as a maid would be vetted by police.
The nanny last week pleaded guilty to mistreating the toddler, but said she had been motivated by beatings given to her by Arnella’s mother – an accusation the mother denied.
Kampala Chief Magistrate, Lillian Buchana said the alleged beatings did not justify mistreating “an innocent child.’’
The child’s mother, Angella Kamanzi, burst into tears outside court while her husband told reporters that the family accepted the verdict and sentence.
“We are yet to come to terms with what happened to our child.
“ The sentence should serve as a message to other maids out there that they should not mistreat children,’’ Eric Kamanzi, Arnella’s father, said.
Click here