Man gets 18 months imprisonment for stealing 3 bottles of rum

A St Catherine man who stole three bottles of White Overproof rum from a supermarket has been sentenced to 18 months imprisonment.

The man was sentenced when he appeared in the St Catherine Parish Court on Friday.

The court was told that the man has 41 prior larceny convictions.

In handing down her sentence, Parish Judge Tara Reid-Carr told the man that despite his first conviction in 1992, he appeared not to have learnt a lesson. 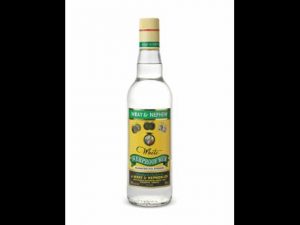 Reid-Carr told him that she would have given him three years behind bars.

However, she decided to give him a lighter sentence because he plead guilty and has spent nearly two months in custody after he was arrested.

The court was told that on June 6, 2016, the man stole three bottles of White Overproof rum from a supermarket in Spanish Town.

He was held and subsequently charged with simple larceny by the police.