MAVADO SEH HIM GLAD SEH MESSADO CASE IS BEFORE THE COURT

TAMIKA Harris, attorney-at-law representing deejay Mavado, says her client is relieved that a real estate matter in which he is involved is finally before the courts.

Attorney Jennifer Messado is accused of defrauding Mavado of $30.7 million. She was granted bail in the sum of $5 million when she appeared in the Kingston and St Andrew Parish Court yesterday. This follows her arrest on fraud-related charges on Tuesday. Her bail conditions include a curfew, surrendering of her travel documents, and daily reports to the Constant Spring Police Station in St Andrew.

“He is actually perturbed because the police took this long to make an arrest and charge,” Harris told the Jamaica Observer. “He gave the statement earlier this year and it took this long for this to happen. He is happy with the arrest, but still much perturbed.”

According to Harris, Mavado has since been reimbursed $7 million of the amount. She is unaware of any payment plan to settle the outstanding amount.

“There’s no arrangement. Perhaps she (Messado) can tell us what arrangements she intends to make. We would like to know.” 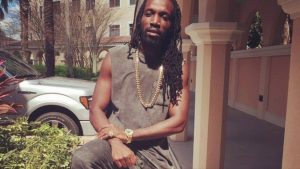 Messado allegedly collected the amount in increments last year from Harrison, who acted on Mavado’s behalf, for a property in Grosvenor Terrace in Kingston 8. It was later revealed by the owner that he did not give Messado permission to sell his property.

Meanwhile, Harris is unaware of when Mavado will return to Jamaica to meet with police in Constant Spring for questioning in relation to an incident in the Cassava Piece community two weeks ago. A man fired gunshots at him, but Mavado left Jamaica before he was questioned by police.

IcePop
“I am not at liberty to say at the moment. He was contracted overseas and he is just not in a position to return right now. He is always cooperating with police,” said Harris.