MEN CHARGED WITH THE MURDER OF TWO FALMOUTH CHILDREN 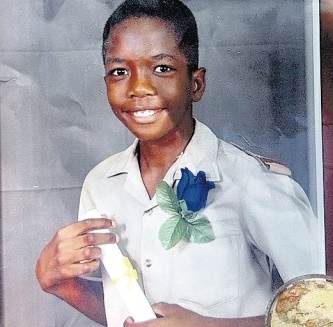 FALMOUTH, Trelawny – The two men charged with the murder of 10-year-old Meleeka Mitchell and 13-year-old Omari Sterling of Paradise in Norwood, St James, were remanded when they appeared in the Falmouth Resident Magistrate’s Court yesterday.
The duo, 20-year-old Jason Grey, a tattoo artist and 21-year-old Cashwayne Morgan, both of Hague Settlement, Trelawny, were charged with murder and conspiracy to commit murder on August 11.
They are scheduled to reappear in court on Wednesday, October 8, when the matter will again be mentioned.
In court yesterday, Resident Magistrate Icolyn Reid ordered that the men, who have no attorneys, be assigned legal aid.
The court heard that on Sunday, July 13, Meleeka and Omari reportedly went to the ‘One Man Beach’ in Montego Bay, St James, in the company of four other children and an adult male.
While on the beach, the children were reportedly approached by a man who promised to buy them hamburgers.
Meleeka and Omari — the eldest among the group — then reportedly left with the men to get the food for the entire group, but did not return.
A report was subsequently made at the Barnett Street Police Station in Montego Bay.
Two days later, the partially decomposed bodies of the missing children were found in separate ponds — located near a section of the Martha Brae River — by two men who went crab hunting.
Omari was found with both hands bound behind him, while Meleeka had a piece of cloth tied to her left wrist. A knife was also found on the scene.
An on-the-spot post mortem revealed that Omari received a stab wound to the chest, while Meleeka died of asphyxia caused by drowning.
According to a Jamaica Observer West source, the on-the-spot post mortem was not conclusive enough to determine if the deceased were sexually molested.
The bodies were, however, swabbed and detectives are now awaiting the results of the tests, the Observer West was told.
The incident sparked widespread public outrage.
In the meantime, the court also heard that Grey, who was subsequently held at a beach in St Mary, was pointed out in an identification parade, as the man who took the children to purchase hamburgers.
During a question and answer session, he reportedly told detectives: “A nuh mi, but I will tell you how it go”.
Morgan was subsequently arrested and charged.
Meanwhile, there was an emotionally charged atmosphere outside the courthouse yesterday when the two accused were brought before the court. A number of persons jostled for vantage positions in a bid to get a glimpse of them.
Inside the courthouse, both men appeared very tense and avoided looking at each other.
Grey, who is said to have outstanding summonses for other minor offences, spoke in a very hushed tone, when asked a few questions by the stern-looking RM Reid.
After their appearance before the RM, the accused men were taken from the courtroom and whisked away in a waiting police service vehicle.
“Dem bwoy deh nuh feh go a jail go eat taxpayers money,” said an apparently irate onlooker, as the marked car sped off.
Meanwhile, the Observer West understands that the police are awaiting a forensic report to determine if the two accused are linked to the September 2012 deaths of Alex Brown, 10, and seven-year-old Javani Brown of Zion, Trelawny, whose bodies were found floating in the Martha Brae River, five days after they were reported missing.
Ent: Falmouth Courthouse
Ent: vehicle
Jason Grey (third left) gets ready to enter a police service vehicle under the watchful eye of a policeman (second left) after making him appearance in the Falmouth Resident Magistrate’s Court yesterday.
Ent: Omari Sterling (FILE)
Omari Sterling whose body was found in the pond with his hands bound behind him