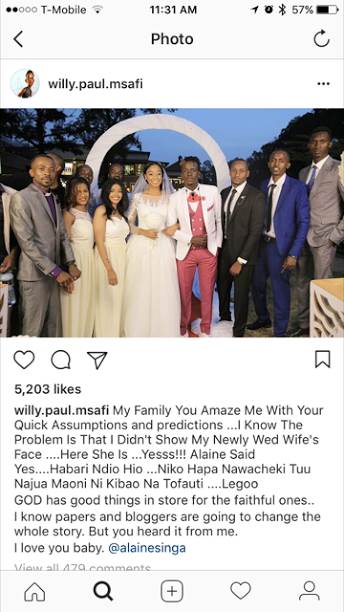 Willy Paul, the 24 year old Kenyan man seen in Alaine Laughton’s wedding picture has told a news source that the photo was a part of a video. He told the news source Edaily ”Alaine and I worked on a video, a song and we are yet to release. Photos you have seen on social media were obtained from the music video”.