MURDERER TOLD FELLOW INMATES WOMAN HE MURDERED WAS A SACRIFICE 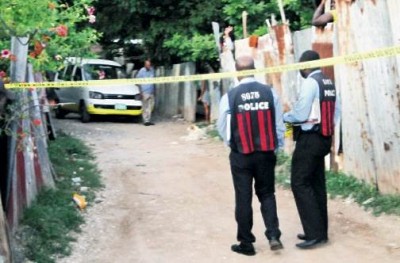 A man, who allegedly invited a woman to his home for sex and then murdered her and hid her body underneath his bed, was on Wednesday offered $300,000 bail when he appeared in the Corporate Area Resident Magistrate’s Court.

The 20-year-old labourer, Kino Gilzene, is accused of killing the woman by stabbing her and bashing her face in with a stone. Gilzene’s sister, Alicia, who is accused of helping him to bury the woman’s body in a pit was also offered bail when they appeared before Senior Magistrate Judith Pusey.

The accused, who are both from New Haven in St Andrew, were arrested and charged for the murder of 22-year-old Sudeen Jackson of Portmore, St Catherine, last December.

The police alleged that on December 8, Kino contacted the woman by phone after he got her number from a friend, and made arrangements for her to meet him at his home the next day. The woman was reportedly scheduled to visit and have sex with Kino for a fee of $3,000. Jackson, who had never seen Kino before, reportedly met up with him in Duhaney Park, went to his house, followed through with the arrangement and was paid.

However, the court heard that the woman later requested to leave, but Kino got angry and stabbed her in her chest and neck before using a stone to bash in her face.

Following that, the accused allegedly hid the woman’s body underneath his bed and proceeded to clean up the crime scene. Alicia later arrived home and reportedly found the body under the bed, and after making enquries, was told by her brother that he had killed Jackson. Upon learning of the murder, Alicia allegedly sent a text message to her boyfriend and told him that her brother had killed a woman.

The following morning both accused then reportedly took the woman’s body and buried it in a pit latrine at their home. They then reportedly concocted a story and told their mother, who called the police.

Kino, when he was arrested, allegedly confessed that he was at home when three men — one of whom was armed with a gun — barged in with Sudeen. According to the accused, the men were cursing that Sudeen had “dissed di programme” and told her that they were going to kill her. Kino said that the men raped Sudeen and then stabbed her to death and ordered him to bury her. Alicia, in her statement, corroborated her brother’s confession.

On Wednesday, the prosecutor also informed the court that Kino had allegedly boasted to other inmates that he sacrificed the woman as a part of a demonic worship. However, this was denied by his lawyer Carol Gonzalez, who told the magistrate, duirng her bail application that her client knew nothing about any sacrifice and asked her to reject that report.

She also told the court that based on her instructions, three men who were armed with knives and guns had chased the now deceased woman to her client’s home and had murdered her.

Gonzales also told the court that her client, along with his sister, had reported the crime to the police. The two accused were subsequently offered bail, despite objection from the police who raised concerns about threats of reprisal. They are to return to court on March 24.