Prostate cancer is one of the most common cancers in men. However, it has a survival rate of about 86 per cent. Of those diagnosed, thousands still die from the disease each year.

Unfortunately, conventional diagnostics and treatment options for prostate cancer leave much to be desired. Conventional diagnosis includes Prostate Specific Assay (PSA) testing and biopsy, which are prone to false positives and carry risks of side effects. 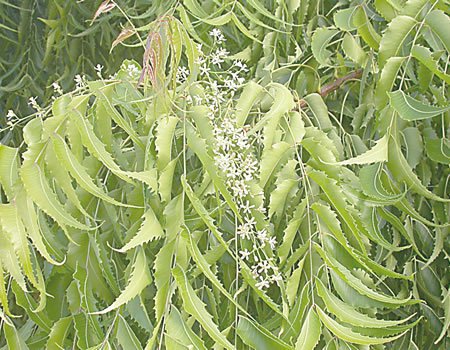 Treatment typically involves drugs, surgery and/or radiation, all of which are risky. However, a number of safe and all-natural strategies have been shown effective against prostate cancer, including exercise and supplements.

Most recently, researchers discovered a chemical compound derived from neem plant (Dongoyaro) that appears to have a potent ability to suppress prostate cancer cells without any significant adverse effects. The findings were published in Antioxidants & Redox Signaling in April 2016.

The compound nimbolide has been shown in several studies to have anti-cancer benefits. Until now, it has never been investigated in relation to prostate cancer.

Using an animal model, researchers at the National University of Singapore (NUS) showed that oral administration of nimbolide over 12 weeks reduced the incidence of tumours by 70 per cent and the spread of tumours by 50 per cent when taken orally for three months.

Its benefits seem to be due to a series of complex actions in the body.

Originally native to India and the Indian sub-continent, the neem plant — part of the mahogany tree family — is commonly found in Nigeria. It has been used in traditional medicine for centuries and can also be found in soaps, toothpaste, skin care products and dietary supplements. It is also used to ease gastrointestinal problems and strengthen immune function, and as both a spermicide and an insect repellent.

Meanwhile, the team plans to embark on a large-scale study on the side-effects and other potential molecular targets of nimbolide. They are also keen on investigating the efficacy of nimbolide when combined with other drugs for prostate cancer therapy.

That said, consuming neem either in supplement or tea form, experts say, can automatically provide nimbolide. But the whole herb will provide only a small amount of nimbolide, far lower than the amount used in the study.

Previously, an American study published in the British Journal of Nutrition reported that ginger root can also kill prostate cancer cells. They estimated that 100 milligramme of ginger extracts per kilogramme of body weight taken daily would reduce prostate cancer growth by 50 per cent over an eight-week period. Roughly, eaten 100 grammes of fresh ginger daily will offer the same results.

Not only can ginger root cure cancer, it is a natural remedy for travel sickness, nausea, indigestion, flatulence, irritable bowel syndrome, loss of appetite, chills, menstrual cramps, heartburn, indigestion and many other gastrointestinal problems.

Earlier a study published in May, 2015 in the journal Phytochemical Research, had suggested that extracts of breadfruit provide novel treatment for prostate cancer.

This breakthrough for prostate cancer by Nigerian and Korean scientists had received a patent. It is a composition of breadfruit (Artocarpus altilis), containing extracts of fruits, leaves, or stems, or fractions thereof as active ingredients and has received patent for preventing or treating cancer.

In Nigeria, African breadfruit is called ukwa in Ibo. It is afon in Yoruba; ize in Benin, Jekri and Sobo; izea in Ijaw; and ediang in Efik.

So far, most research suggests that a balanced diet including these foods as well as other fruits and vegetables is probably of greater benefit than taking these substances as dietary supplements.