NICHOLAS’ DEATH MUST NOT GO IN VAIN

Holmes made the appeal during a silent protest outside JC, on Old Hope Road in St Andrew, attended by parents, students, teachers and principals from other schools, as well as politicians from both major political parties.

Fourteen-year-old Francis, who was in third form at JC, was brutally stabbed to death by a thief after he refused to hand over his watch and other valuables during a robbery on a public bus last Wednesday. 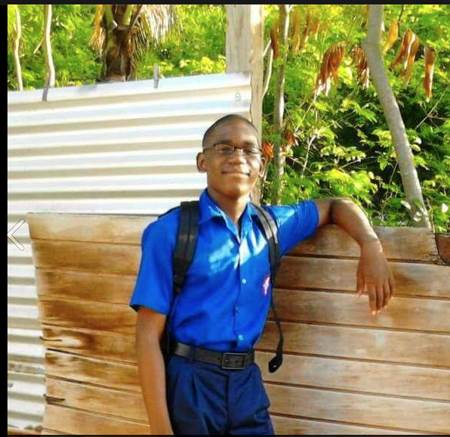 Yesterday, his mother, Petrona Hamilton, too overcome with grief to speak, sat on a chair clutching a photo of her son and wept uncontrollably during the addresses.

“On Friday, October 28, six other Jamaican children almost suffered the same fate. Two other boys right here from Jamaica College, a boy in second form, and a boy in third form,” Holmes told the large crowd.

“The boy in third form, all of his bus fare was stolen; he had to call his parents to come and get him. The second form boy’s phone was stolen, but that’s not all,” he added.

“All of this happened between 4:00 pm and 7:00 pm, but if you think that’s bad, a KC (Kingston College) fourth former was stabbed on his way home in Portmore, and but for the excellence of the medical team at the Spanish Town Hospital Friday night, we would have another death in this country. It is too much. It is too long,” he said passionately.

“Nicholas must not die in vain,” Holmes said repeatedly. “His death is representative of every other child who has lost their lives to violence in our country.”

Kingston College head boy Andre Clarke said that everyone should join in solidarity and demonstrate that the attacks on children must stop.

“The children of Jamaica have a cry and we will be heard. This is not a cry just for the politicians, the police force, or even just the church to stand up. For we are children and we have a voice, we should be heard, not just play the blame game, but we will all take a stand for something,” Clarke said.

Education Minister Senator Ruel Reid, who was principal of JC until his secondment to the Government, implored Jamaicans to use Francis’s death as a tipping point to act against violence affecting children.

Reid’s call was echoed by other politicians who, like the majority of protesters, heeded the call to wear black.

The protest was planned by the Jamaica College PTA under the theme ‘We are against violence towards all children’.

3 thoughts on “NICHOLAS’ DEATH MUST NOT GO IN VAIN”