I’m trying to find news on this in the print media because it was on the news since week and the police Inspector announced follow ups.There was a crash on the new toll road and 30 persons were injured according to the nightly news.The theory is that the road surface is damaging car tyres causing blowouts.The cops were saying speeding is a factor but they are awaiting test results for the toll road surface material because they won’t be able to say Definitively it is the road until then. 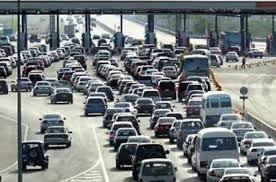 In the meantime Met, Can you please reitierate the police’s warning to take time on the toll road.The Chinese are also doing their own investigations the news said. Personally Met,imma avoid that road,the toll already sky high dear and now there is uncertainty abt it’s safety??