I noticed there was a recent announcement by the Government to crack down on things like urination in Public spaces. I am sure you featured a newspaper article on your site about the challenges and nuisance the urination is posing to downtown Kingston park. Well I experienced an incident that some will say is poetic justice. 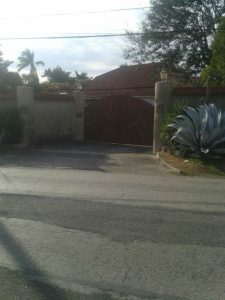 Two Tuesdays ago I was driving onto Lady Musgrave Rd from a side road,when I halted to let out this criss old fashioned Benz. The person was coming out of this yard that I had been told belonged to a famous Reggae Superstar.Met to my immense pleasure ,the man who I rate even over Bob Marley was telling me thanks.Jimmy Cliff was humbly cool and respectful,no flash, no frills I was such a fan.

Fast forward and let me take you to this moment driving past Jimmy Cliff’s home and imagine the brakes me draw when to my horror of horror, mi see this strange man a piss against mi legend house wall!Maybe I am willing to take a small amount of blame for screaming out

I agreed that it startled the poor sucker to the point he spinned left when ideally he should have spun right because the next thing I know my heart sank when he shrieked in pain
“Whoieeee mi ra $$c###loth buuudddiieee!!”.Right away I knew he had jook pon the cactus and the cactus had retaliated viciously no doubt. 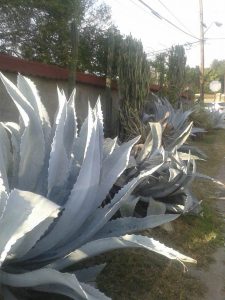 He was looking around for a stone most likely to fling at me and the car so quickly I grab up bout $60 worth of coins and placed it in a $500 bill and threw it at him saying take a taxi to KPH boss.I made a hasty retreat and only returned to take these pictures, although he was bleeding I was unsuccessful in finding blood on the exact cactus that drew it from him. 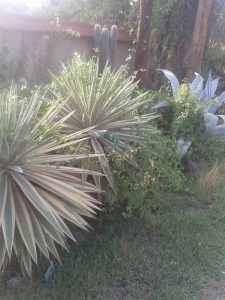 The fines need to be higher and custodial prison sentences too for those caught pissing up Jamaica. Ideally a cactus would come in handy everytime a man or woman feel dem must go in public spaces, just to jook them inna yuh know where! !What Audacity fi a come piss pon Jimmy Cliff’s house, I bet if the Doctors dem did hear a dat u do ,none of them wouldn’t touch ur nastiness!
Why dem don’t stop dutty up Jamaica?I weep for my country.

One thought on “PUBLIC URINATION”