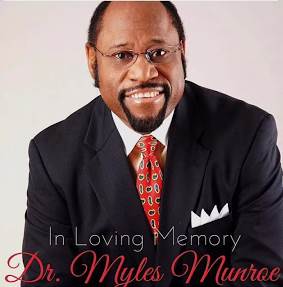 Dr. Myles Munroe, the leader of Bahamas Faith Ministries, was killed Sunday when the plane he was in hit a crane and crashed in the Bahamas.
Munroe’s wife, Ruth, was also among the 9 victims of the crash in Grand Bahama, according to the Bahamas Tribune.
The small plane crashed after hitting the crane on approach to the Grand Bahama Airport, according to officials there, killing all on board
In addition to an BFMI Munroe was also president of Myles Munroe International (MMI).