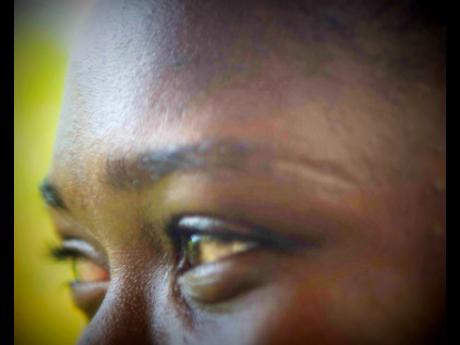 For months, the nation has been rocked by horrifying stories of the abuse and murder of our children, including sexual abuse of girls. According to the latest national data, one in every five sexually active Jamaican girls, aged 15-19 years, has reported being forced to have sex. Many of them never speak out. In this Child Month series, we bring you the voices of survivors of childhood sexual abuse – young women who have been empowered to talk about this silent crisis, in the hope of helping others. Join the conversation online: #NuhGuhDeh #EndViolence.

I am Ashley*. I am 23 years old. I am a friendly, beautiful black woman and a survivor of childhood rape.

My uncle raped me for the first time at the age of 12 at the house I shared with my grandmother. My abuser had sex with me almost every night for three years straight. He told me if I told anyone he would kill me, and that no one would believe me anyway.

I wanted to kill myself because of what he did to me. I was not ready for sex. I wanted to enjoy my childhood days.

At age 12, I went to live with my grandmother and two sisters. My first abuse act took place when I was in grade six; that is when I was raped. One evening my uncle took me for a ride. Then he asked me to kiss him and I told him no. But he kissed and pushed his tongue into my mouth. I asked him why, but he did not say anything. He even slapped me in my face when he was taking off my panty and I told him no. I hid it from my grandmother because I was afraid he would kill me.

One night I was sleeping and he started to have sex with me. I was crying and my grandmother woke up and saw him on me. My grandmother did not do anything about it. She only told me she would report it to the police station, but she did not. Then he started abusing me every day. I told my grandmother. She did not believe me. The only thing she said to me was that I was telling lies on her son.

I was beaten and forced to have sex so many times I lost count. I have burns on my leg that I got when I refused to open my legs for him to get inside me.

My uncle said that nothing was wrong if he had sex with his own blood.

I tried to tell someone about what was happening to me and my grandmother stopped me. I don’t know why. I think that she was afraid that her son was going to get locked up.

I have come to understand that a part of me died at age 12.

I often wondered why God allowed this to happen to me. Why was my uncle so cruel to me? What did I do to deserve what I was experiencing? It was during one of these moments when my head was swollen with all the unspoken abuse, all the unexpressed pain, when I felt I was going to go crazy that I started writing what was happening to me. I was 13 years old then – one year into the abuse.

In 2012, I found out that I was HIV-positive. The only person I had sex with was my uncle. I have been working through my abuse and the knowledge of my HIV status with a trained and caring counsellor for two years now. I now have hope and a future to look forward to. I am now able to love myself. This is why I want to speak up about my abuse.

For the past two years, I have been able to feel positive about myself. I have chipped away the walls that surround me and I can now see light. Knowing all the things I went through, the pain, the hurt and the nightmares, I am thankful for the hard times. I am no longer ashamed of the scars that life has left me with, and most of all I am really happy that I did not let him kill my soul.

Now I can help someone with my story. I want to help children that are abused like me. I want to let them know how to face it if it comes, and that they should not be afraid to tell somebody.

I am now empowered, highly motivated and confident. I am strong because I know my weaknesses. I am beautiful because I am aware of my flaws. The hurt is over and the wound is closing. I can laugh now because I have known sadness. It was not an easy road, but I thank God I have passed through the worst and I am now free.

Note: During and after her abuse, ‘Ashley’ wrote about her ordeal in a series of diaries. Shortly after her HIV diagnosis, she joined an empowerment programme led by Eve for Life, a UNICEF-supported NGO that works with young mothers and survivors of gender-based violence. Over the last two years, Ashley agreed to have excerpts of her diaries published in a book titled I am Now Free, and she initiated the Ashley Fund to help fellow survivors continue their education. Contact Eve for Life to get a copy of I am Now Free or to donate to the Ashley Fund. Tel: 758-7049. Email: info@eveforlife.org

0 thoughts on “RAPE VICTIM SAYS SHE IS NOW FREE”