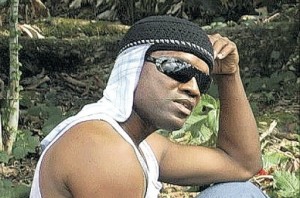 LIKE most Jamaicans, Canute Parkes followed the tragic events that erupted in West Kingston in late May 2010. The unprecedented mayhem disturbs him to this day.

This evening, Parkes, a singer known as Reggae First Billionaire, reaches out to the people of the troubled community by launching his latest songs at the Tivoli Gardens Community Centre.

The May 23-25 firefight resulted in the deaths of 76 persons, including four members of the security forces. Reggae First Billionaire believes West Kingston’s residents remain scarred by the event.

A commission of inquiry into the so-called incursion started in December. To date, testimony has been heard from residents, former prime minister Bruce Golding, who was Member of Parliament for West Kingston at the time, and former police commissioner Owen Ellington.

Reggae First Billionaire supports the inquiry which he insists has shed new light on the bloody affair.

“Before, we were hearing all the good things about the security forces but now we are hearing about all the atrocities that were committed,” he said. “I’m not saying the state must put up with criminality but it should be approached in a responsible way.”

The St Thomas native is also using ‘Extradition’ and ‘Rise’ to promote The Rise West Kingston Tour. The proposed fixtures comprise five concerts in different areas within the troubled community.

Christopher Coke was the latest in a line of ‘dons’ who dominated West Kingston, an area with fanatical loyalty to the Jamaica Labour Party. He was eventually extradited to the United States for trial on ‘Federal racketeering charges in connection with drug trafficking and assault’.

In June 2012, he was sentenced by a Federal Court in New York City to 23 years in prison.

While he empathises with residents who have been stigmatised by decades of tribal culture, Reggae First Billionaire urges West Kingston to make necessary changes for a new beginning.

“They need to understand that these are their songs, but they also have to do their part to improve their lives,” he said.