The British billionaire businessman, Richard Branson, has said that President Donald Trump is “an embarrassment for the world,” saying his first two months in office had been “disastrous,” and predicting that he will only last a maximum of one term in office.

“I’ve found it rather an embarrassment for the world to have an individual running America who does not speak the truth all the time, who tries to, instead of opening borders to immigrants, has made it really difficult to get into America, and the list goes on and on and on,” Branson told New Zealand radio station, NewsHub, during a visit to the country.

“There are a lot of great business leaders like (Michael) Bloomberg who would have been great presidents of America. 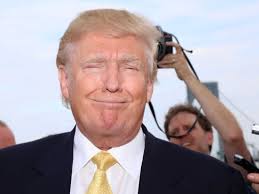 “I think Trump is the one businessperson I know who is certainly not the right person to be running a great country like America.

“The first days in office have been so disastrous that I think the chances of it lasting more than one term are extremely unlikely and I think that’s the only saving grace about the way he’s behaving at the moment.”

Before his election win, Branson had warned of the potential dangers of Mr. Trump’s presidency.

He called the former Apprentice star “vindictive” after describing an encounter with him.

“Even before the starters arrived he began telling me about how he had asked a number of people for help after his latest bankruptcy and how five of them were unwilling to help,” Branson wrote in a blog post.

“He told me he was going to spend the rest of his life destroying these five people.

“He didn’t speak about anything else and I found it very bizarre…. I left the lunch feeling disturbed and saddened by what I’d heard.”

3 thoughts on “RICHARD BRANSON SEH CHUMPX IS A GLOBAL EMBARRASSMENT”