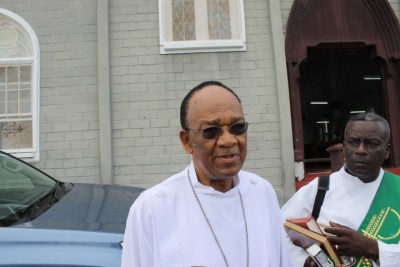 Several Parishoners of St. Phillips Anglican Church in Guyana lost their valuables shortly before mass yesterday morning.
Father Oswald Barnes told reporters that around 7’25 am ””We were just about to begin our morning Mass…and I heard this shouting telling people give me what you have but we just locked ourselves in the vestry until they went away,” .
Among those who were robbed was the church’s treasurer who the robbers reportedly took $300 from but left behind a large envelope that was said to have contained much more cash.
The men ambushed the church members on bicycles while whipping out pistols and demanding valuables from several church attendees .