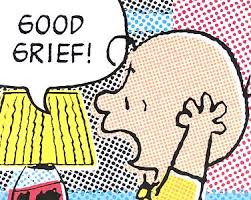 So everybody is praising the police that found the 10 million dollar and gave it up. First of all he was doing is job smh. We recently learned that there is a DEATH SQUAD in the Constabulary Force. Police who just walk round and kill people pikney (so when people come on News and say Police murder people innocently that mean some of it was true). Then before u know it 10 million dollars drop out of an armored security vehicle with four men on board. The vehicle can not open from outside and i think the money should be in a vault or something and not just left careless in the vehicle. The door opens and the too men in the back didnt notice and the door miraculously close by it self and again nobody notice. Coincidentally a police was behind the van, found the money and give it up. Wasn’t there a woman there as well? why her identity is being anonymous but the police being praised? All now i dont hear nothing about the men being arrest. UNU REALLY TEK JAMAICANS FI IDIOT!!!! Them try KERN SPENCER case before KARTEL because they know people will be talking more about the World boss case than The corrupt politican. Jamaicans need fi wise up.