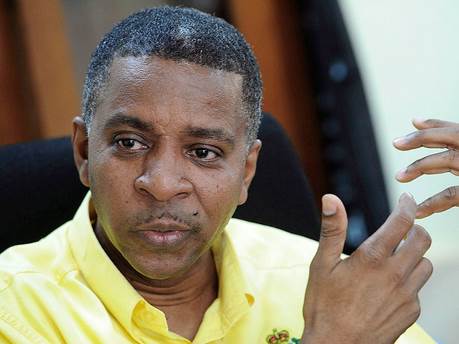 After what has been described as a meteoric rise through the ranks of the Jamaica Constabulary Force (JCF), Senior Superintendent James Forbes’ career has been thrown into uncertainty following his conviction on corruption charges yesterday.

Head of the JCF’s communications arm, Deputy Superintendent Steve Brown, brushed off questions from journalists following the verdict delivered by Resident Magistrate Stephanie Jackson-Haisley. But according to information found in the Police Services Regulations, Forbes’ future in the JCF now rests with the Police Services Commission.

Faces up to three years

Forbes, who was head of the JCF’s Community Safety and Security Branch at the time of his arrest, was found guilty of attempting to pervert the course of justice, and faces up to three years in prison or a fine or a suspended sentence, when he returns to court next Thursday.

The case stemmed from a meeting he admitted facilitating between businessman Bruce Bicknell and two police sergeants at his St Andrew offices, four days after the policemen arrested Bicknell for allegedly offering them a $2,000 bribe during a traffic stop in east Kingston in April 2012.

Prosecutors charged that during the meeting, an agreement was reached to have the case against Bicknell – who had been released on bail – disposed of before it came before the court. But Forbes, through his attorneys, had insisted that no agreement was brokered at the meeting and that he was not aware, at the time, that Bicknell had been charged.

However, while highlighting discrepancies in the prosecution’s case, Jackson-Haisley saved her sharpest rebuke for the senior police officer’s claim that he was not aware that Bicknell had been charged with an offence.

“I reject that outright … . If I were to accept what he said, I would say he dealt with the matter in a cavalier manner. How then could he be sure that what he was doing was lawful?” Haisley-Jackson questioned.

The magistrate said she accepted that the meeting was convened to dispose of the case against Bicknell and slammed Forbes’ claim that it was an attempt at mediation.

The verdict has left several of Forbes’ colleagues in disbelief.