We really have a set of Jamaicans who will go at lengths to steal someone’s thunder and their sunshine. I couldn’t believe the amount of hits/likes the fake story is getting from them claim is Usain breed Shelly Ann! There’s also another source claiming she having twins.

The main conspiracy is of course that she deliberately got pregnant to avoid representing MVP track club.She had left there but they claim her Sponsors insisted she had to return or else she a go lose all that sponsorship money. They saying Shelly spiteful and a show them is she run things. Why can’t people just accept that the lady and her husband felt the time was right?

Truthfully though what she’s attempting in terms of having a baby and missing so much training ,to then resume at the highest world class level a year+ later has never been done plus she ain’t young for her sport.All I can say is that the vast majority of us love you Shelly Ann and wish you well in all your endeavors. 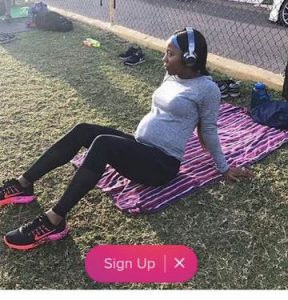