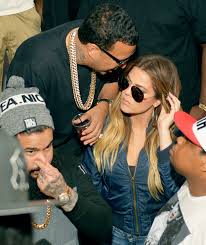 Khloe and French were set up by P Diddy and her mom Kris. It was supposed to raise French’s stock which it did. Khloe was in on it but she ended up falling in love. Kris had him investigated and he had less than $50,000 to his name at the time. Puff promised her if the two would start being seen together it would raise his rate and help in return Khloe out by giving her a new storyline for their show. Which it has. He now is worth $30,000 a show plus they have to pay for his entourage of 5, transportation, and room.
Kris and Harvey are good friends. They go wayyyy back to when Harvey was a reporter on the OJ case (Kim’s dad was a lawyer on the case). Kris used to feed stories to Harvey pertaining to the OJ case so they made a connection. I’ve heard her call Harvey and have stories planted, like that Bel Air home for example.