Dr Cooper as she call herself write the below article fi the Jamaica Gleaner, apparently she upset seh KC old boys want old boys time with their past school mates… and because of that they are gay. I want to ask her what does that make her idol Vybz Kartel who also went to Calabar an all boy’s school? Mi waa know what she really driving at and why does she like most typical Jamaicans call man gay when they cant find anything to say..She try it wid Clovis and now she condemn a whole association of men she doesn’t know personally..And the Jamaica Gleaner publish it…WITH PRIDE.
I want to ask Dr Carolyn Cooper/ Mrs Whoo from Whooville; what are the women who are not past students of the school going to do at a function that they cannot relate to or make relations with the participants ?? Why was she allowed to throw missiles at a High School that has been in existence before she was born? What allows her the right to label these men and not label a criminal for what he was …when the evidence on him was overwhelming with the effrontery to call the women of these men delusional?….am I missing something about Carolyn Cooper or a daft me daft? 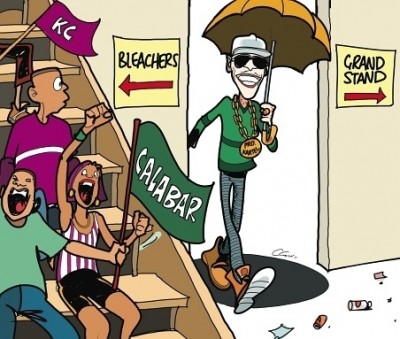 Carolyn Cooper
I have great respect for the KC old boys who have proudly come out and made their sexual preference absolutely clear. The female sex is not for them.
In 2012 and 2013, the KC Old Boys’ Association tried to make it with women at their annual dinner. They concluded that the experiment had failed. This year, under the leadership of Dr Patrick Dallas, the old boys decided to stick to themselves.
It’s quite understandable. For five or even seven years, at a crucial stage of their sexual development, these KC old boys spent five days, every week for most of the year with their beloved classmates. They fought and made up. They played games on and off the field. And they embraced each other in victory and defeat.
These old boys have become big men, in theory. They have big jobs, big houses, big cars and big debts to prove it. But many of these big men are still just little boys dressed up in adult clothing. They long for the good old days on North Street when being a KC boy promised to make life so easy. It entitled you to an eternity of privilege.
It must be quite difficult for these old boys to adjust and learn to enjoy the company of women – their natural inferiors. It’s not a skill at which they’ve had much practice. Their mothers and sisters don’t count. They’re family. Quite inappropriate for certain forms of exploration! And female teachers don’t make good role models. They lack the right equipment.
Some of these old boys may eventually get married to women. But it now seems as if they don’t really enjoy associating with the female sex. It’s just not to their taste. They certainly don’t want to wine and dine with women. They may occasionally do so on the down-low. But definitely not in public!
DELUSIONAL WOMEN
I don’t understand why some women are so angry with the KC old boys for publicly admitting that they want to play with themselves at their annual dinner. That’s their choice. They have a right to their sexual preference. Delusional women believe they can channel the sexual desires of men. That’s just straight self-deception. No woman, no matter how hot she thinks she is, can force a man to want her – if he’s all wired up for men.
The unwilling man may, occasionally, go through the motions of pleasing women for a peaceful life. But if his heart is not in it, he’s likely to suffer from penile failure. And though it’s quite possible to fake orgasm, it’s impossible to fake erection. If the man is not psychologically prepared to play ball, not even Viagra can help him. And only God can save him from the vanity of a determined woman who thinks her charms ought to be enough to seduce him.
I much prefer a man to come clean with me. It saves a lot of time and work. Instead of getting all hot and bothered at the pleasurable prospect of making it with this gorgeous man, I can just relax. Nutten nah gwaan. The man is not for me. We can have great conversations and even go out together. But we done know; there will be no going in. Or goings-on!
And ignorance of the truth is definitely not bliss. Just suppose you’re a woman who’s been invited to the KC old boys’ dinner by one Mr Fortis. You accept, on the assumption that your old boy actually enjoys your company. On the night of the affair, you’re dressed to puss back foot and you know you’re looking good. But after a while, you notice that Fortis not paying yu bad mind.
Female intuition kicks in and it comes to you in a cold flash. Much to your vexation, you realise that you’re actually an unwelcome intrusion. Your old boy’s body may be next to you but his eyes are roving the room, looking for the real objects of his desire: his faithful companions from way back when.
HIGH-SCHOOL SWEETHEARTS
The origin of that word ‘companion’ is Latin. ‘Com’ means ‘with’ and ‘panis’ means ‘bread’. So, literally, a companion is someone you eat bread with. And that includes patty and box juice. Your heartical brejrin. No woman can come between a man and his bona fide high-school sweethearts. Plural. No matter how hard she tries. The brave may fall but never yield!
All the same, several old boys don’t approve of that backward move to exclude women from the annual dinner. These are the real big men who have definitely grown up. They have no intention of leaving their female companions at home while they go off to live in the past with their high-school sweethearts. After the old boys’ dinner, they’ll want to share bread and bed with their woman.
Kingston College is the ‘brother’ school of St Hugh’s. On November 22, we’ll be having our 115th anniversary banquet. We’re including men. It’s such a pity some KC old boys don’t seem to understand that it’s in their best interest to associate with women, the superior sex. Good sense just might rub off on them. It takes a new kind of old boy to get it.
Carolyn Cooper is a teacher of English language and literature. Visit her bilingual blog at http://carolynjoycooper.wordpress.com. Email feedback to [email protected] and [email protected]