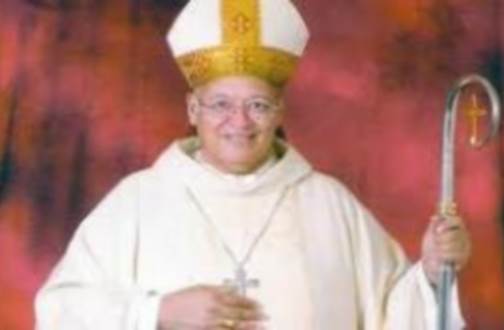 CASTRIES, St Lucia (CMC) – The Roman Catholic Church Monday confirmed that a priest had been withdrawn from the ministry “with immediate effect’ after he had a relationship with a male parishioner.
“It was clear that the Priest crossed his boundaries and acted inappropriately,” said Archbishop Robert Rivas adding that the Church had considered the matter to be serious.
In a statement, in which the priest was not identified, Archbishop Rivas said the priest had also been sent on administrative leave during which time he will receive “spiritual and counselling support.
“This is an ongoing process so whenever a situation develops, once it’s brought to the attention of the authorities the matter will be properly investigated and once it is proved that something is wrong, that there has been bad behaviour or an injustice, we have to ensure that it is corrected,” Archbishop Robert Rivas said, recalling the position adopted by the Catholic Church in the wake of allegations against priests over the past two decades.
He said that the Roman Catholic Church would not cover up for indiscretions by priests in the future.
“We have to be open and transparent,” Rivas declared, noting that the incident involving the priest was “a fairly recent matter.”
The Archbishop also disclosed that church protocol dictates that the victim always has to be considered, and said the church had offered counselling to the adult male involved, which the church hoped he would accept.
Archbishop Rivas said counselling would also be made available to parishioners, who have designated Saturday a day of prayer, and will participate in a “mass of healing” on Friday.
ADVERTISEMENT