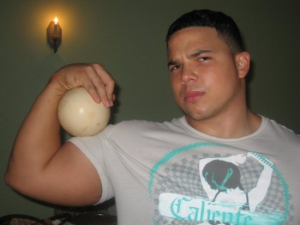 ASSOCIATES and the media fraternity are still reeling from the death of Chad Young, CEO of reggae radio station IRIE FM and ZIP 103 FM.

Young, 27, died at his St Ann home on Thursday after a brief illness.

Clyde McKenzie, the station’s first general manager, remembers Young, who he said literally grew up in the business.

“When I joined Grove Broadcasting in 1989, Chad was a little boy who would come up to the station and play with my sons. He was one of the first voices of the station with his little voice as the talent in the ‘Reggae Radio’ jingle,” McKenzie told the Jamaica Observer.

McKenzie, who was GM for six years, also spoke of the bond which existed between Young and his father, Karl Young, founder of IRIE FM, who died in June 2010.

“Chad’s dad was his hero. It was clear that Karl was grooming him for bigger things and to take over the reins of the company,” he said.

“I can’t speak to who will take over. But I don’t see the companies folding any time soon. There will have to be changes,” he said.

Despite being at the helm since 2010, McKenzie said Young had left his legacy throughout the Grove Broadcasting Company family.

“Chad was very differential about his father’s legacy. He treated it with respect and was very careful to trod lightly and not seem to tamper with everything his father had built from the ground up. However, he made his mark as it related to the online engagement of the company as well as overseas promotions… So young and promising he was,” McKenzie said.

“I knew he was very ill. But this still comes as a shocker,” she told the Observer.

She said the CEO’s passing leaves a vacuum he was yet to fill.

“He did not have a chance. He did not get to actualise all that his father had prepared him for scholastically, but at the same time he was coming into his own and that makes it sad… I watched his father prepare him for the role, it feels unfulfilled,” she said.

Bodley said despite the loss, the companies will continue on the groundwork left by the Youngs.

“It’s the end of an era, most definitely, but at the end of the day, I am confident that everything will be okay,” she said.

0 thoughts on “STILL SO SAD..CHAD YOUNG”