STUDENT CALLS IN BOMB THREAT TO AVOID PARENTS FINDING OUT SHE DROPPED OUT ………..WELL IF I NEVA 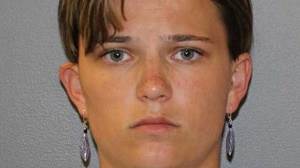 Police have arrested a 22-year-old woman who they say phoned in bomb threats to Quinnipiac University on Sunday in an attempt to get commencement ceremonies canceled so her family wouldn’t know she wasn’t graduating.

Danielle Shea of Quincy, Mass., is being held on $20,000 bond after giving police a detailed confession Sunday.

Hamden Police say Shea didn’t attend the university this year, but her mother paid thousands of dollars she thought was for her daughter’s education. They say when graduation arrived, Shea panicked when relatives didn’t see her name on the graduation roster.

Police say Shea made two calls to the university saying there was a bomb. Commencement for the school’s College of Arts and Sciences was delayed and moved indoors to the campus athletic arena.

The young woman reportedly called the Connecticut university’s public safety department and stated there was a “bomb in the library.” Shea allegedly called 17 minutes later saying, “several bombs are on campus. You haven’t cleared out graduation. That’s not a good idea.”

The calls were quickly traced back to Shea and she was arrested. She was reportedly found inside the school’s sports arena wearing a graduation cap and gown.