Letters to the Editor
Students’ behaviour on buses at a low 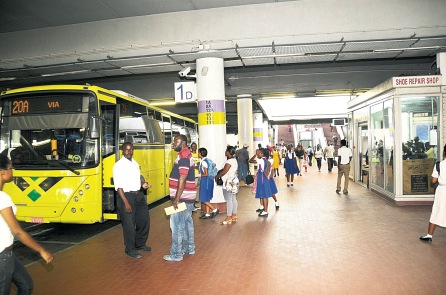 The situation with students and bungling at the Half-Way-Tree Transport Centre at North Odeon Avenue is only the tip of the iceberg.

The #32b Jamaica Urban Transit Company (JUTC) bus terminates there. The JUTC supervisors have a warm time getting commuters, especially the students, to line up to enter the buses.

Two days ago it was really bad as, besides the loud talking and the cursing of the bad words — despite the presence of adults on the bus asking them to desist from doing so — things progressed to fighting.

By the time the bus got to Ziadie Gardens, going on pass the intersection of Washington Boulevard and Molynes Road, clothes were torn in the melee and the driver had to stop the bus at various points because of the rocking due to the fighting and the students cursing the most outlandish bad words.

The possibility exists where, despite cameras on the bus, there might need to be plain clothes police on board.

There is no respect from the students for their school uniforms, themselves and for others.