TEARS AGAIN….PEOPLE PLEASE HELP IF IS EVEN A SMALL PACKAGE 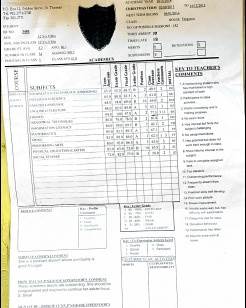 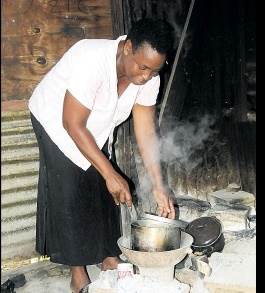 Although she goes to school without breakfast daily,13-year-old ‘J’ topped her class of 54 at the technical school that she attends in St Thomas.

Asked not to be named out of fear of being jeered by her peers, the child, who averages 80.1 and scored six A’s and six B’s in her last class exams, said that while she does not yet know what she wants to become in life, she knows one thing for certain:

“I want to make my mother proud,” she told the Jamaica Observer last week. “Sometimes I don’t get any breakfast and sometimes mi belly hurt mi, but I still go to school.”

She said that while she sometimes gets $700 per day, $400 is spent on bus fare to and from school and the remaining $300 is used to purchase a sandwich and a cup of tea at school. She then depends on lunch at school to get her through the remainder of the day since her mother often does not have any food waiting at home for dinner.

Her mother explained that her daughter was on the PATH programme but was removed by the PATH office for reasons unknown to her. However, she is still given lunch by the school.

“Most mornings she go school without food. She just take the little hot water that I give her and she gone,” the child’s mother, 50-year-old Amrine Allen, said from her Font Hill, West St Thomas home.

“Sometime mi wonder say is just God carrying her. I am not working, and I have to find $3,500 every week for her alone. So anywhere I have to get it from to give her I have to find it, because she is a very bright girl and I want her to go to school,” she said.

“Along with the $3,500, if they have to get things for Home Economics class I have to find it, because they say you can’t send them to bush without tool. She never absent yet. More time I don’t know where it is coming from, but mi have to find it, which is not easy,” Allen said.

The child’s school report for last semester confirmed that she has never been absent from the institution throughout the entire semester.

But Allen has one plea.

“I want a work … anything, even if it’s to sweep yard to get some money to help that little pickney,” she said. “I have not been working since last year and it not easy, you know. I used to go bush (farm), go do days’ work for people, but because I have high blood pressure I can’t stay in the sun too long. I used to walk and sell, too, but the little money go back in food and school for them so that money go down and I couldn’t buy back things to sell. I used to sell some plastic wares.”

Allen said that she now lives on borrowing and crediting from community shops in order to meet the daily demands of her household, which consists of herself and two daughters, the other aged 15.

“Is pure borrowing, and sometimes if a good friend give me money I would use it and pay back what I borrow. From primary school you think is little fight I have to fight for them to survive. Their father don’t business with them. So I can’t even talk ’bout father because some father is not father, them a only sperm donor – get pickney and don’t business with anything more,” the dejected mother said. “And sometimes when you can’t meet you demand, because you have to find clothes, food, everything – it don’t pretty,” she added.

While Allen is desperately seeking a job to send her children to school, she is faced with the challenge of her older child suffering from mental issues.

Allen said that her older daughter was brilliant in high school but suddenly fell ill.

“When she was young, when you look on her bed you would think it was any library,” Allen said. “She used to study too much, and the teachers used to say probably it would lick her brains. She used to read Star, Observer, every newspaper from she was in grade two. Which pickney in grade two do that? When she was in primary school she buy every newspaper, and the teachers would depend on her for paper. She would read them off because she want to know what was going on in the world,” she said.

“People going to market and need newspaper to wrap up things used to buy it from that pickney. She could tell you the history of America, Canada, everywhere! She have her head on her body but because of the sickness she don’t do the hard work like the little one anymore. If she go school and feel like to do a little amount of work, that’s all she do now. But she did bright,” Allen disclosed.

Allen said that as a result of the child’s illness she had to remove her from the technical high school that she attended last year, to another institution nearer home.

“Sometimes you send her to school and she just wander away. Sometimes people catch her and take her to the (police) station and they call me. So any hours of night mi up and down a station,” Allen explained. “But that spell quiet down because I carried her and get prayers, so it take time and cut down now. I used to carry her go get prayers and them say a people do her so, because she used to be so bright they mash her up. So I just try to work with her that way. People just evil. So mi just a pray to God that he will go with the younger one, but I haven’t given up on her. God help her,” Allen stated.

Allen said that sometimes the situation is so stressful that she feels like giving up, and only the encouragement of others in the community and the fact that her children have no one else to care for them have kept her going.

“Sometime mi feel like mi would just pack up and leave. Is like mi deh between some rock and some hard stone. But every time the little girl say, ‘Mommy, thank God for you or else mi couldn’t get a good education'”, Allen said. “But is two little children who don’t fussy. I get up this morning and give them a little tea water and them just gone because they want to learn. They don’t matter. Any little thing they get just satisfy them, but every day I have to wonder where the next meal coming from and how they going to school.”

Allen said that without help, her younger daughter will not achieve her life’s dream.

“Mi just need her to go to school. Mi don’t need them to sit down. She doing very good. She just need help,” Allen said. “Without help she not going to survive, and the help that I want is just something to do…something to move around to help them, because people can’t get up every day and give you fish. They have to teach you to fish for yourself sometimes. If they give you something today it gone, and tomorrow what you do?” she asked.

She said that despite her lack of work she tries to do the best she can with her younger daughter. This includes getting up from three o’clock in the morning, walking with her the long distance to the crossroads and ensuring that she gets on the bus for school.

“I wake up from after three. If I have something to give her I give her, and if I don’t have anything I just boil some tea water give her with sugar and she gone same way,” Allen said. “If she come home and mi even just have a pack of biscuit, is a pickney who will just eat it and don’t complain because she know my condition. She don’t fuss, she just satisfy because she have her plan,” she told the Sunday Observer as she sat outside her wooden dwelling, perched on a hill, accessible only by way of a steep trail.

“She don’t have any friends. I asked her if she don’t want a phone and she ask what use phone have to her and start name out all of the things that she need for school and say give her all of that because phone don’t have any use to her. She doesn’t go anywhere… is from school to home. She say she working hard because she need to get a good education to get a good work. So she just satisfy with her little world that she live in.

“I just need a work to help me out of this situation that I am in right now, and if anybody have any clothes can give them, I would be grateful of that too, but the most important thing is a work,” she said.

Allen said that she presently does not go to church because she does not have any clothes to wear as whatever money she gets is spent on the children. However, she ensures that her daughters go to church every Sunday.

“I can’t think about myself. Back to school coming up now and that is another stress to think about. Right now all my focus is them,” the concerned mother concluded.

Member of Parliament for St Thomas West, James Robertson could not be reached yesterday to see what could be done for the family, but his colleague parliamentarian, Dr Fenton Ferguson, MP for St Thomas East and Minister of Health, said that he would be willing to assist as best as he could, based upon humanitarian grounds, and considering that the child attends school in his constituency.

“I would love to assess the situation a bit more and see what can be done,” Dr Ferguson said shortly after he arrived in Jamaica from a near week-long meeting in Geneva, Switzerland.

“It appears that this young woman has sound academic potential and so we as Jamaicans should try and reach out to her if we can, no matter in what capacity we serve and despite how small the gesture may be,” Dr Ferguson said.

0 thoughts on “TEARS AGAIN….PEOPLE PLEASE HELP IF IS EVEN A SMALL PACKAGE”