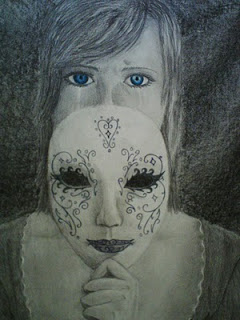 A fowler is characterizing as a skilled, patient and experienced hunter, who studies his victim intensely and accurately well in advance of launching an attack.
Nearly, one hundred percent of the time the fowler is indiscernible or not obvious to its victims and as you read on, the victim has no reason to suspect.
The bible says that God will surely deliver us from the snare or the traps of the fowler, Psalm 91:3.
The truth is, only he can, because we will never know who the fowler is until an attack is made, and their attack is either disabling or fatal.
So I decided to ask God the question, how do I recognize the fowler? And he instructed me to Psalm 55: 12-14. Now, before we go any further remember the fowler has already prepared his trap for you. However you have absolutely no idea of this because the Fowler does everything within his power to convince you that he has your best interest at heart. Always inquiring about the intimate details of your life yet, it is these patient, manipulative and subtle skills that you are not aware of that will make him successful as it relates to his vicious plans towards you.
So, in Psalm 55:12, we immediately discover that the fowler is definitely not someone we would classify as our enemy, neither is he/she the one that displays hate towards us or resist us in anyway. In fact scripture reveals that the fowler is the one that is equal to us. Always assisting, and giving the impression that they are always there for us. The one who guides us, the one who we are acquainted with, sharing all our secrets, and personal areas of our lives with, Giving details of marital bedroom business etc. Wow! The ones we call close friends.
In fact it is this gathering of intelligence of their victim, via their victims, that makes their plans to destroy their victim so successful. The truth is their victim unknowingly becomes a co-conspirator to their own demise through the ignorance of the Fowler’s true purpose in their lives.
Now, it becomes crystal clear that when an attack is launched, the success of that attack is solely based on the quality of information you’ve release by means of manipulation acquire through deception by the Fowler. Regrettably, these attacks usually conclude in its victims being at least disabled or worst case scenario fatally damaged. Since the attack is in a guerrilla warfare format, meaning a surprise attack the victim is hit hardest at the very core of their soul, (soul being their mind, thoughts and will, the administrator of their entire being) because surprisingly the one who is perpetrating this great evil (the fowler) was always considered to be their close friend, with absolutely no reason to suspect otherwise.
Research will reveal that all Fowlers enter all relationships with hidden agandas. Sadly these people are extremely unhappy with themselves, and see the need to covertly partner with others to inflict unimaginable misery on them. The Fowler’s understanding of happiness is glorying in the misery of others, and at the same time being key players in the initiation of that misery. One must wonder how do these folks live with themselves? Well, the truth is they don’t live with themselves, because they are forever changing faces and personalities to accommodate their victim’s lust for genuine friendship all in an effort to totally destroy their victim.
As a reference point, all friends have the potential to become fowlers in our lives, based on the above revelatory insight. We are now charged with the responsibility of identifying and extinguishing the diabolic plans of the Fowler/s that are clearly not favorable towards us or anything that concerns us. Scripture says, “He that keeps his mouth simultaneously keeps his life: but he that open wide his lips shall have destruction” Proverbs 13:3.
THE INITIAL SIGN OF A FOWLER BEGINS WITH A SPIRIT OF JEALOUSY.
Heavenly father, once again I adore you, more so for this divine revelation, that you have so gracesiously given to me for your people. This revelation is just another sign of your promise of pouring out your spirit in the last days. Thank you Father that you have chosen me, as a recipient of the out pouring of your spirit. I now command every present Fowler and potential Fowler in the lives of your people to be immediately exposed, and their evil deceptive plans be brought to a screeching halt and destroyed indefinitely in the matchless name of your son Jesus Christ. Amen!
By Kevin L A Ewing
[email protected]

0 thoughts on “THE FOWLER- GOOD MORNING”

122 Users Online
Back to top