THE GENESIS OF FRUSTRATION – GOOD MORNING 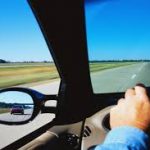 The Genesis of frustration

It is more than crystal clear that everywhere you turn in our society and by extension the world, it would appear as if we’re surrounded by hordes of intense frustration.

It is my desire today to point out to you my many readers that frustration is not something that should be taken lightly or viewed as a normal part of life. Instead it’s a red flag in most cases indicating to its victim that something is terribly wrong. As with all of my articles, it is imperative that I place emphasis on the spiritual understanding that all things visible and invisible (natural or spiritual) has its origin in the spirit realm. Therefore in order to address our problems effectively and accurately we must then go beyond its tentacles (the visible problem) such as what’s being presented to us and begin to go on a spiritual journey in an effort to discover the spiritual root of what’s causing the problem in the first place.

In our efforts to discover the beginning or genesis of our many frustrations we must now place emphasis on the laws that governs frustration. Just in case you weren’t aware everything is ruled or governed by a law or laws. In fact the behavior of anything for the most part is simultaneously revealing the laws that are governing its behavior. For example, if you were to throw a ball up into the air, you know just as well as I do, that that ball will automatically begin descending. Reason being the law of gravity dictates that whatever goes up must automatically come back down, so even though we don’t see the law, we surly see the effects of the law. So based on that example, we should ask ourselves what are the laws invisibly impressed upon us that’s governing or dictating frustration in our lives?

Well, let me start off by saying that frustration will always be as a result of expectation not being met. Again, this is the visible side of it suggesting, it is just a branch of the root. The root of frustration which I mentioned must be spiritual, meaning that there is something that you can not see (spiritual) that is preventing the growth or forward movement of what you do see. What this simply means is that there is something spiritual preventing your God given natural and spiritual ability to grow or advance. Therefore as a result of this blockage frustration is manifested.

Everything in God’s creation was created to grow or to evolve as a natural part of its life existence, in fact the word blessing in its simplest understanding indicates or suggest growth or expansion. Genesis 1:28 made this abundantly clear when God commanded Adam and Eve to be fruitful, and multiply, and replenish the earth, (suggesting continuous growth). So it is the law of God that man’s primary purpose is to grow or increase in every area of his life. Thus the path of his destiny was made obstacle free from day one accompanied with all the tools necessary to maintain forward progress. So, as a challenge to God’s original purpose for man’s continuous growth in all areas of his life Satan developed the art of distraction via delay, hindrance, stumbling blocks and obstacles that will always be manifested through people, places and things to frustrate man’s natural ability to grow all in an effort to pollute and re-route his destiny.

One of the first recorded acts of frustration in the bible is found in Genesis 4:1-10. It is the story of Cain and Able, the two sons of Adam and Eve who both presented an offering before the Lord. It is recorded that God rejected the offering of Cain but accepted the offering of his brother Able. Now, observe carefully the calculated process of frustration. Cain now becomes jealous that God rejected his offering but accepted his brother’s offering. So he’s now discouraged. Consequently God’s rejection of his offering would have made him feel as if he’s not growing in his relationship with God, just as if you were rejected in any relationship it gives a feeling of stagnation or non-progress in other words your expectations of proceeding forward with that person is not being met. As a result Cain progresses to a state of frustration; this frustration if not dealt with transitions to anger which in turn is promoted to bitterness and unfortunately the death of his brother Able. The point I am attempting to make here is that it all began by the spiritual law of growth that is embedded in all human beings, that was being challenged to the extent that the growth necessary was not being accomplished which will automatically PRODUCE THE FRUIT OF FRUSTRATION.

On the flip side frustration can also be seen as a positive, in that it is an indicator that you have exhausted your time and purpose with a certain group, environment or people. Meaning there is nothing more to learn or achieve there, so frustration acts as a guide saying to you IT’S TIME TO MOVE ON! THE REALITY IS, YOUR ASSIGNED TIME AND PURPOSE FOR THAT TIME, PLACE AND PEOPLE IS OVER! AND IT WILL ALWAYS BE AS A RESULT OF YOUR SELFISH DESIRE TO NOT RELINQUIST WHERE YOUR TIME HAS EXPIRED THAT WILL CONTINUE TO FRUSTRATE YOU. I have had personal experience with the above scenario, where friends mysteriously became enemies and the environments that I loved so much began to regurgitate me from my once comfort zone. What I didn’t know at the time was the frustration it produced for me was pushing and shoving me to my next assignment or purpose. It was then that I also learned that nothing is forever and every situation is indeed preparation for something else. So in such cases I thanked God for the process of frustration that advanced me to my NEXT! Which could possible be the case for you right now.

I want to pray with you today, and my prayer is two fold and that is:

1) That God will remove every spirit that’s challenging your ability to grow naturally in your relationships, finances, business, education and in every area of your life.

2) That God will accompany you with wisdom to identify which frustration in your life are indicators to cut off what’s holding you back so that you can be released into your destiny.

Heavenly Father I decree and declare a spiritual injunction against the Enemy of our souls to prevent all spiritual attacks against our natural God given ability to grow in every area of our lives. Father, it is also my prayer that you equip us with the understanding to decipher when frustration is saying to us it’s time to cut and go forward. Lord we thank you in advance and believe it’s done in the name of your son Jesus Christ. Amen!