THE REALITY OF HOPE- GOOD MORNING 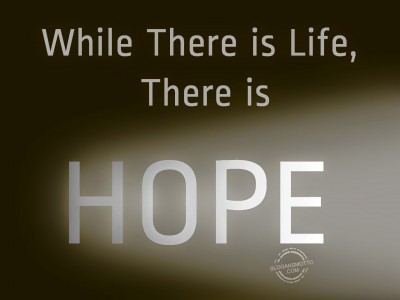 The reality of hope
According to the World Health Organization, 56 million people die each year, which is an average of about 153,424 people each day.
Wow! Now isn’t that amazing? 153,424 people die globally every single day. Now, what’s even more amazing is the fact that neither you or myself were included in those numbers if we are reading this article.
While I would readily agree that there is so much to complain about, I can simultaneously say there is so much to be thankful and appreciative for, if nothing else, the ability to participate in the land of the living.
Scripture says to us, ” For to him that is joined to all the living there is hope: for a living dog is better than a dead lion” Eccl. 9:4. The word hope in this text is defined as “EXPECTATION or ANTICIPATION” of something. What this simply means is this, while we may not have all that we would like to have at this point in our lives or things are not going the way we would like for it to go. The gift of life provides that hope that things can change at any moment!
King Solomon in the above scripture text understood this reality quite well. His analogy was; as powerful and intimidating as a Lion can be, if he is dead, then there is no more hope for him. LIFE! Is embedded with hope. In spite of your defeated, depress or even unsuccessful state you may have found yourself in. The mere fact that you are alive has qualified you and position you that things has the ability and potential to change for the better. This is what hope does, it places a demand on the future insisting and demanding change.
Therefore, hope encourages life while the depletion of hope encourages and fosters death! Hopeless people, commits suicide, hopeless people entertain depression, hopeless people never see the light at the end of the tunnel, hopeless people are negative and sees the world as a spinning ball of darkness.
King Solomon went further in his understanding of this profound reality when he made mention of the following, “For the living know that they shall die: but the dead know not any thing, neither have they any more a reward; for the memory of them is forgotten.
Also their love, and their hatred, and their envy, is now perished; neither have they any more a portion for ever in any thing that is done under the sun.” Eccl. 9:5-6.
In an effort to condense King Solomon’s point, basically what he’s saying is that those that are living are duly aware that their lives will come to an end one day, therefore they’re not trying to hasten that assigned time via the entertaining of depression, not being able to get over certain situations, hate for others etc. Instead they’re riding on the fact that because they are afforded another day of life, they’ve decided to maximize that day with the hope that is accompanied with it that things can change for the better. Solomon quickly added, that when a person dies he has been disqualified from the thing that hope fueled while he was among the living, which was: that person’s love, hatred, envy, joy etc. In fact he said that all of these thing perished along with that person’s demise.
I do not know who this post is speaking to this morning, but what I am fully aware of is the simple fact that if you’re reading this post right now then it says to me that you have two gifts in your possession and they are the gift of life along with the gift of hope. Both of these gifts have qualified and enabled your temporal situation to change at any moment.
Hope, is the school master of life dictating to its audience that nothing can stay the same forever, good or bad CHANGE IS THE INEVITABLE!
Written By: Kevin LA Ewing
[email protected]
kevinlaewing.blogspot.com

0 thoughts on “THE REALITY OF HOPE- GOOD MORNING”