THREATS SENT TO PROSECUTION AND DPP 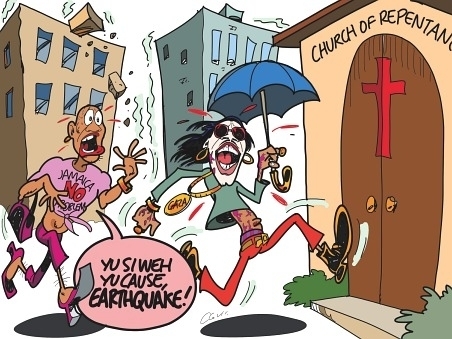 DIRECTOR of Public Prosecutions Paula Llewellyn has confirmed that she and members of her prosecution team have received death threats after the guilty verdict of Vybz Kartel and his three co-accused for the murder of former associate Clive ‘Lizard’ Williams.

The Jamaica Observer was reliably informed that Llewellyn had been threatened on the weekend and security around her had been beefed up.

She said despite popular perception, prosecutors are not hell-bent on sending accused people to prison and begged for the public’s understanding.

“I would appeal to the public to appreciate that we have a job to do as professionals. We don’t take it personally. We have an obligation as ministers of justice to make sure that everything is fair to the defendant. We cannot be intimidated. We are salaried public servants doing a job that we are committed to doing. If we get a conviction or if someone is acquitted we get the same salary,” she said.

Yesterday, the police issued a release outlining a number of threats that were levelled against prosecution witnesses during the trial.

The police said the main prosecution witness, Lamar Chow, is still in protective custody due to several threats against his life and promises that he would be rewarded if he refused to co-operate with the prosecution.

Threats have also been issued against the life of the murder victim’s sister, who gave evidence during the trial, as well as other relatives.

The police were not exempt.

“Several police officers have received threats and the homes of at least two have been visited by unknown persons who have, in some instances, made enquiries regarding the officers and their families. Actual steps have been made to carry out the threats in relation to one of the officers,” the release stated.

The home Cybercrimes expert Detective Sergeant Patrick Linton was firebombed by unidentified persons who threw a Molotov cocktail, resulting in the destruction of a section of the perimeter fencing.

“Subsequently, unknown persons returned to his house where they left a bag containing photographs of the detective sergeant, a cow eye and a cow tongue with his name written on it. It is to be noted that this ritual is practised in other countries around the world as a warning to witnesses in court cases to keep their silence,” the release said.

The police said threats were also made against the lives of staff members of a telecommunications company and said the vandalising of fibre-optic cables on the Mandela Highway was part of a ploy to carry out the threats.

The cops also report that their intelligence suggested that persons were paid to show up in the precincts of the court to show support for Adidja Palmer and create disorder during the closing stages of the trial.

0 thoughts on “THREATS SENT TO PROSECUTION AND DPP”