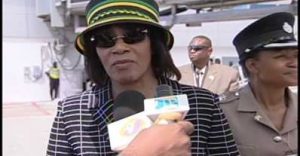 THE Government of Jamaica is considering further scientific tests to “conclusively” determine the cause of death of 17-year-old St Jago High School student athlete Cavahn McKenzie, who died after competing in the 6K race at the North American, Central American and Caribbean Athletics Association Cross-Country Championship in Tobago on Saturday.

The Office of the Prime Minister disclosed yesterday that the results of the autopsy done in Trinidad were “inconclusive” immediately after the athlete’s body arrived at the Norman Manley International Airport on a Caribbean Airlines flight.

“The results of the autopsy to determine the cause of Cavahn’s death are inconclusive. Consequently, further tests are underway in Trinidad and Tobago. The Government of Jamaica, in accordance with procedures, is also considering further scientific review in an attempt to conclusively determine the cause of his death,” the OPM said in a release.

Yesterday’s disclosure came amidst reports by the Trinidad Express newspaper that the athlete died “from a massive heart attack”. The article, published on the Trinidad Express website on February 24, quoted Peter Samuel, public relations officer of the twin-island’s National Association of Athletics Administrations, as saying that the autopsy had confirmed the cause of death.

“They’re still waiting on other results. The High Commission is seeing about getting the body released and sent to Jamaica,” Samuel was quoted as saying.

Yesterday, Cavahn’s body was received on arrival by Prime Minister Portia Simpson Miller; minister with responsibility for sport, Natalie Neita Headley; along with members of his family, including his parents Pauline Dennis and John McKenzie.

Also on hand were the president and other officials of the Jamaica Athletics Administration Association, other members of the sporting fraternity, as well as the principal, staff and students of St Jago High School with cadets from the school forming an honour guard as a mark of respect.