TWO MEN FORMALLY CHARGED WITH THE MURDER OF SHINEKA GRAY 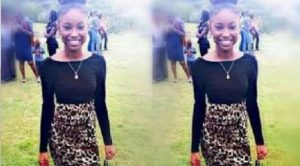 Two men who were recently arrested in relation to the killing of 15-year-old Shineka Gray have been charged with murder.

They were charged today. Both men remain in police custody. They’re scheduled to appear in the St. James parish court on February 16.

Shineka’s decomposing body was found in bushes in St. James last week Wednesday – three days after she was reported missing. Her body had multiple stab wounds.

Shineka was last seen at a taxi stand in the parish capital, Montego Bay. She was reportedly on her way home from a funeral.

Shineka was a grade 10 student at Green Pond High School in St. James. Her killing has drawn nationwide condemnation.

It came amid a series of violent attacks against women and girls which have caused national outrage.