The peace and tranquility of this Hanover farming community were shattered after unknown gun-toting assassins snuffed out the lives of two well-loved community members Saturday night.

The dead men have been identified as 63-year-old shopkeeper, Vernon Hall, also called ‘Chinno Man’ and 55- year-old cabinetmaker Patrick Robinson, both of Mount Peace in the parish.

The Hanover police were summoned to the rustic community at about 8:30 pm Saturday after a barrage of gunshots disturbed the quiet of the night.

Upon the arrival of the police, the blood-soaked, bullet-riddled bodies of the two members of the closely-knit community were discovered a short distance apart. 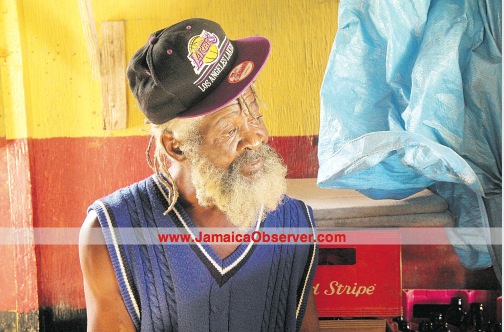 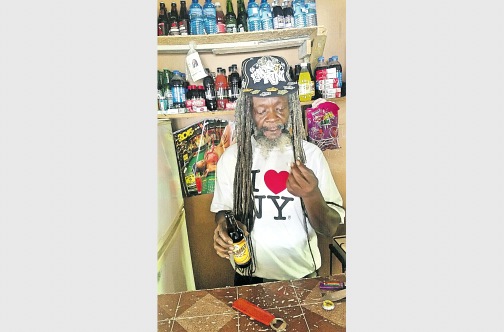 Both men were believed to have been sitting on a bamboo bench, close to Hall’s shop, when the armed hoodlums pounced.

When the Jamaica Observer West visited the community earlier this week, the team was told that Hall’s daughter, Chantoy Hall, who heard the gunfire while at home, received the shocking news via telephone that her father was one of victims of the explosions she earlier heard.

“I couldn’t believe,” recounted a distraught Chantoy, who last spoke to her father after she left church Saturday afternoon.

“He was well-loved. Hardworking.”

Hall’s brother, Dennis, who said that the tragic incident has left him “stressed out,” told Observer West team he had a premonition of his brother’s death.

“I did feel it. The night before I woke up with a terrible headache, but I never knew where it [was] coming from,” the depressed brother reflected.

According to one Mount Pace resident, had Hall, who was a Rastafarian, accompany fellow members of the faith to a function in Clarendon, his life might have been spared.

“Two brethren came for him to_ travel to Nyabinghi drumming in Clarendon, but he told them he was unable to make it as he was going to participate in a domino tournament in the community the following day,” the Observer West was told.

The elder shopkeeper was well respected by Mount Peace residents, the Observer West was told

“If he even leave his business establishment open and gone nobody don’t rob him because him a good man, “ a grieving man said.

Residents also had fond memories of Robinson, who in recent years returned to live in the community, after leaving for a while.

“The whole community is just heartbroken to know that the two men were good men and they just gone like that.”

One proud community member stressed that Mount Peace has always been a peaceful district and is home to a variety of professionals. Football, she said, is the major sporting activity there.

Like most of the other residents, she added that while she was satisfied with utility services in the community, she was however, disenchanted over the pot hole-riddled roads, which traverse the district.

In fact, one of the residents claim that the poor road conditions may have contributed to the killers’ escape as the bad road surface may have slowed the police’s progress into the community after the shootings.

One of the residents theorise that the killers walked up to the men and shot them before making their escape from the murder scene on a motorcycle.

Investigators said that at least two men were involved in the shooting as evidence of two different types of spent shells were observed at the scene.

Up to yesterday, the killers remained at large, while the community in the meantime continues to mourn the loss of two of their respected residents.

Since the start of the year, the parish of Hanover has recorded six murders. There were more than 51 homicides recorded in that parish last year.