UPT HELL- A TALE OF ABUSE

UPTOWN HELL! – The socialite, the abusive spouse and the deadly code of silence

Independent and self-assured, Beverley* readily admits that she does not fit the stereotypical image of a battered woman. But for more than 12 years she bore the brunt of her husband’s anger outside and within the confines of their Cherry Gardens mansion in upper St Andrew.

The petite mother of two was told that she did not fit the battered-woman profile repeatedly and had to contend with the fact that her background, physical features and address stood as barriers in her struggle to get away from the abuse. 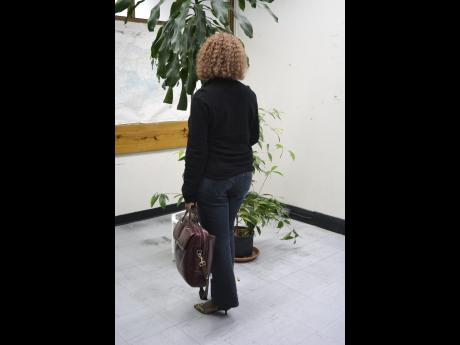 “My problem was people looking at me and saying I was not abused,” Beverley told The Sunday Gleaner.

Beverley said the fact that she married into a very prominent family also made it difficult for her to get any help as her husband had many connections.

Despite warnings from doctors who were tired of mending her fractures and bruises, Beverley said she felt stuck and only got the courage to leave after her husband knocked her unconscious one night.

After speaking to other battered women, she came to realise that she was not alone.

“I see this regularly. I have friends who their partners are prominent men of society, and they dress up every day and they go to their place of business or they are CEOs and you would never imagine that they are abusers,” said Beverley.

In her case, she said, “It went on from just verbalising anger to draping, until I started getting hit.”

Beverley said she grew up in a loving family in St Catherine, but after dating for some time, she decided to relocate uptown to live with the man who later became her husband. Although she realised that both he and his relatives showed little loving emotion, she was sure she could help to change him for the better.

“He showed a lot of anger, but I looked at it as he is showing anger because of what he experienced with his family life,” she said.

“Every time he got angry, I would look at it as him lashing out. So that just made me wanted to take care of him more,” she told The Sunday Gleaner.

The abuse got worse when she started working and became the main breadwinner for the household.

“He would wait until when it’s dark to start an argument and to get physical and then push me out of the house and turn off the outside lights because where we live up in the hills, it’s dark,” she said.

“I remember one day he swept my legs from under me and I fell right on my back and he stood and put his foot in my chest,” she recounted.

Beverley had a child before meeting her husband and she also had one for him a couple of years into their relationship. She said the fact that she had two children already out of wedlock was part of the reason she decided to marry her abuser, but it was not the only reason.

She said she could not talk to her family about it, as her mother in particular was against the relationship from the outset. So after turning down her abuser’s proposal of marriage a few times, she eventually gave in.

“I never wanted to get married because I knew it wasn’t right for me to marry this person, but my brothers also thought that I didn’t have the option to go to another partner because to them, you can’t move from partner to partner and I couldn’t explain to them why I wanted out. There was no way I could explain to them,” she said.

Beverley said she was not allowed to go anywhere except work, and in some cases, she was even prevented from doing so since her husband often took away her passport, which she needed to carry out her job as a flight attendant at the time. On other occasions, he took away her car keys.

There were times when Beverley tried to assert herself by going to the police station, and she even managed to secure a restraining order against him. But she said for the most part, the police either ignored her or would encourage her to go home and try to work it out with her husband when she went to report the abuse.

Beverley eventually managed to get a divorce from her husband, although he stalked and harassed her afterwards. As a manager at her current place of employment, she supervises a staff of more than 120 and often tries to support those who she says show classic signs of being abused.

She believes that domestic violence is for the most part an unspoken epidemic which is being experienced by men and women from all sectors of society.

“The abused persons are made to feel like they have done something wrong, and the truth be told is that the only thing you do wrong is to not love yourself enough to get out of an abusive situation,” she said.

(A support group for women dealing with relationship, family and job related challenges)

Missionaries of the Poor (Jacob’s Well)

Association for the Control of Sexually Transmitted Diseases

5 thoughts on “UPT HELL- A TALE OF ABUSE”