UPTOWN SHAKE DOWN AND JOHN SHOP SHAKE UP 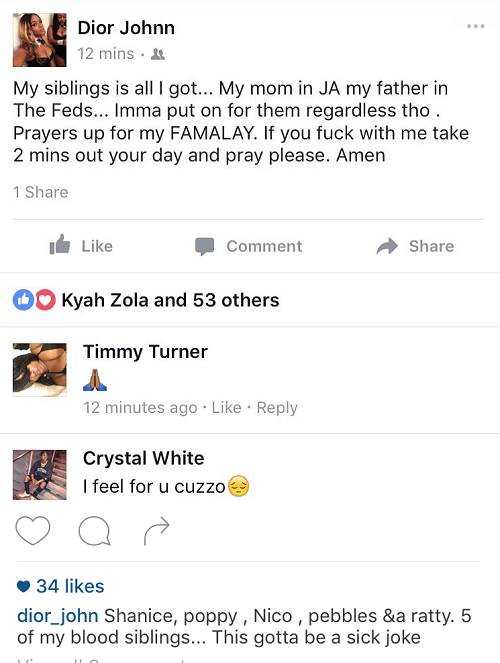 About 100 Bronx gang members responsible for multiple murders — including the slaying of a 92-year-old woman — were busted early Wednesday in the largest takedown in city history, sources said.

The raids by the NYPD, members of Homeland Security Investigations and other federal authorities took place at more than 100 locations in and around the Eastchester Gardens NYCHA housing complex in Williamsbridge at dawn, officials said.

Those busted are affiliated with the 2Fly YGZ (Young Gunnerz) and the Big Money Bosses — two rival street gangs authorities say wreaked havoc on the area as they fought over turf around the Eastchester Gardens and the nearby Edenwald Houses, which is less than a mile away.

Busted gang members are walked out of the 43rd Precinct in the Bronx on Wednesday.
Of the 100 or so people taken into custody, more than 60 are expected to face criminal charges in federal court for a string of violent crimes, including at least five homicides, according to court documents.

The alleged gang members didn’t seem fazed by the charges, with one flipping off reporters and news photographers outside the 50th Precinct as he was being loaded into a U.S. Marshals bus.

“F— you,” another screamed as he was carted away in handcuffs.

Another claimed his innocence.

“I didn’t do it,” he said. “I already did my time. I just got out on parole yesterday. I didn’t do nothing.”

Police and federal authorities had search warrants for 120 targets.

Jamal Blair pled guilty in the death of Sadie Mitchell, who was hit by a stray bullet sitting in her Bronx home in 2009. Blair was pulled out of jail to be charged with gang conspiracy Wednesday.
“This was a major gang sweep across the Bronx,” one law enforcement source said of Wednesday’s takedown. “The charging documents were quite severe.”

The gangs were responsible for the death of Sadie Mitchell, 92, who was killed by a stray bullet in her living room on E. 224th St. in 2009, officials said.

They also doled out drugs near the Young Scholars Academy on Barnes Ave. and the St. Mary School on Carpenter Ave.

Mitchell, known as “a mother to everyone on the block,” had lived in her home since 1954.

NYC PAPERS OUT. Social media use restricted to low res file max 184 x 128 pixels and 72 dpi
MARCUS SANTOS/NEW YORK DAILY NEWS
Cops busted about 100 suspected gang members in the Bronx early Wednesday in the largest takedown in city history.
She was walking into her living room to watch a game show when she was hit with a .9-mm bullet.

Cops later arrested 18-year-old Jamal (Fish) Blair, who claimed at the time that the shooting was an accident and that he had been “framed.”

Blair was later identified as a member of the Big Money Bosses. He ultimately pled guilty to manslaughter and was sentenced to 14 years in prison.

He was pulled out of the Elmira Correctional Facility and was brought to federal court to be charged in the gang conspiracy Wednesday, officials said.

The Big Money Bosses operated along White Plains Road between E. 215th and E. 233rd Sts. — an area known to members as the “Forts.”

The crew also operates along Boston Road near Eastchester Road, which they call “B-Road,” according to court papers.

The 2Fly YGZ operate out of the Eastchester Gardens houses and Gun Hill Road, known to its members as the “valley.”

27 thoughts on “UPTOWN SHAKE DOWN AND JOHN SHOP SHAKE UP”