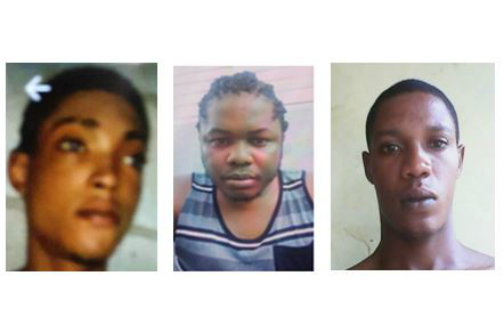 The police have listed four men as wanted for various crimes committed in St James, including murder and shooting. They are:

• Ithream Shuriah. He is wanted for illegal possession of firearm and robbery with aggravation.

• Shaneil Lutan, of Farm heights, St James. He is wanted for escaping custody, two counts of murder and illegal possession of firearm

• Aswyn Jarrett otherwise called ‘Skii Mask’, of Jenkins Corner, St James. He is wanted for shooting with intent. No photograph of Aswyn Jarrett was available at the time of this publication.

These men are being asked to turn themselves in to the Freeport Police by midday tomorrow.

Residents are also being reminded that it is a criminal offence to harbor criminals and are instead being implored to tell the Police what they know about the whereabouts of these or any other criminals.

The move comes as part of the police’s efforts to clamp down on crime in western Jamaica. The Corporate Communications Unit (CCU) reports that since being dispatched to the area Assistant Commissioner of Police in charge of crime, Ealan Powell along with other senior investigators have completed several case files.