In a news release, the Police High Command said they have intelligence that there is now serious tension that threatens the recently attained peace in a number of communities in Western Kingston and St Andrew South Divisions.

This recent threat, the police say, follows the shooting death of Davis in Los Angeles, on the weekend.

The police say Rodigan originates from Sunlight Street in the Maxfield Avenue area and is closely linked to the notorious Rat Bat Gang. 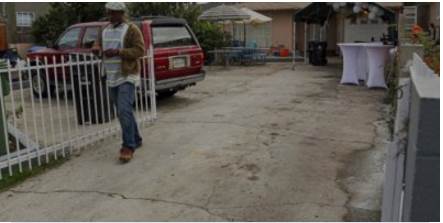 Reports from the Los Angeles Police Department are that about 12:30am on October 15, there was a birthday party in progress at a location used as a Jamaican restaurant in Rimpau Street, Los Angles.

During the event, a dispute reportedly developed between a group of men and shots were fired, resulting in the death of four people, including Davis, and the injuring of 11 others. Two suspects, both of whom are Jamaicans, have been taken into police custody.

Following the report of the death of Davis, who is said to be the main financier for the Rat Bat and Sunlight Street gangs, the police say people loyal to him have been planning to carry out coordinated attacks on members of the Raspberry Gang — claiming that their leader Aaron “Birdie” Thompson, who also resides overseas, is responsible for Davis’ death.

The Police High Command is advising that they are in touch with their international counterparts and there is no evidence to support their claim and is appealing for calm as they continue to collaborate closely with investigators from the Los Angeles Police Department as well as the Federal Bureau of Investigation (FBI).

The police say Western Kingston, St Andrew Central and St Andrew South divisions have seen a number of recent killings and shootings due to feuding between members of both the Rat Bat and Raspberry Gangs.

Both gangs are reportedly fighting for control of the Sunlight Street, Trench Town, Maxfield Avenue, and Gem Road areas.