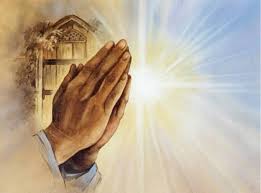 Proverbs 18:6-8:“A fool’s lips enter into contention, and his mouth calleth for strokes. A fool’s mouth is his destruction, and his lips are the snare of his soul. The words of a talebearer are as wounds, and they go down into the innermost parts of the belly.”

Message:
Your confessions have a way of affecting your today, and particularly your tomorrow. If there is one thing you should do more often, it is to speak positively into your future, prophesy into your today and tomorrow and God will back it up. Don’t let the negative pronouncements of others stop you; rather, change the situation in your favour by your own confessions because Matthew 12:37 says,

It is interesting but surprising to know that what have pegged the progress of some people is not the curses placed on them but the words they have spoken against themselves. Stop speaking against yourself! Eradicate words and phrases like these from your dictionary: ‘I cannot do it’ (except for something negative). ‘This task is not for people like me;’ ‘Those who are saying I can make it in life are only

deceiving me because nobody ever made it in my family’; ‘It is an impossible task’, etc. Rather fill your diction with ‘I can’, ‘It is possible’, ‘I will succeed’, ‘Even if there is no way for others there will always be a way for me’.
My father-in-the Lord once told me this story. Two men went before the oracle and the priest told one of them, “You will be king”, and the other, “You are a servant”. Then they left. The one told he would be king began to rejoice and celebrate his forth coming fortune, but the other man challenged the verdict of the oracle. “Why must I be a servant?” After thinking over it, he resolved there and then not to be one. He got two cutlasses and sharpened them very well, took some food items and travelled to a far location to work. Each stroke from his cutlass was backed by the confession: “I refuse to be a servant”. From his labour, his farm became so big. One day, a hunter in the midst of famine stumbled on his farm and returned to tell the villagers he had found food. So the villagers came to beg the man to give them food in exchange for becoming their king. So this farmer became king while the one prophesied to be king became his servant.

A prophecy about you may be good but what you do with it is more important.
Bible in one year: Ecclesiastes 1-3.