WE NAH CONFRONT NOBODY BUT ANOTHER PREJUDICED AFRICAN WOMAN 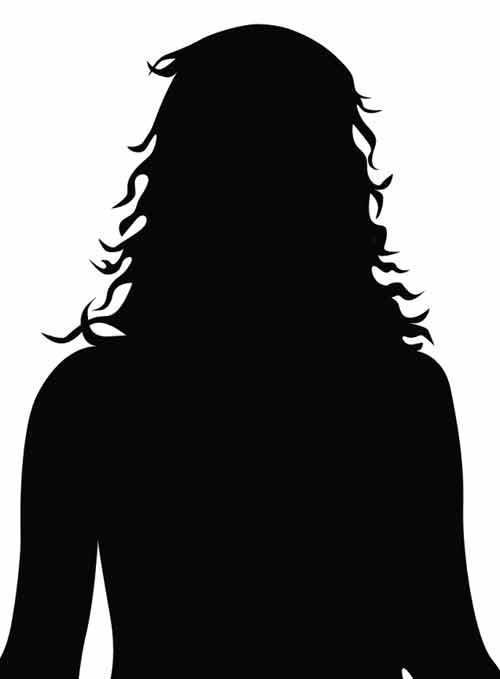 Prejudiced African Woman
There is an African Woman who lives in London, UK. She is from Equatorial Guinea which is in West Central Africa. Her tribe is called Fang. Her name is Cristeta M.
She posts different topics on her Google+ account. I went on there and I saw an article called African Slaves In Africa. She said “Many people, African included don’t want to accept that Africans played a “major” role in slavery. My tribe (Fang) conquered many other tribes and how we did not like having slaves/servants with us. Most of the prisoners of wars were sold to other African Trades and European Trades but through that we did not know about the lack those people would have and about our own ones we rejected. A Ghanaian told me that the king did not care to sell their own people because slaves were a good amount of money not caring if they were sold to the Europeans or Arabs. My boyfriend that is Igbo from Nigeria told me that his family was involved in the transatlantic Slave Trade selling their own people and this happened with all African Tribes. Human trafficking was a trend during the times Europeans arrived to Africa seeking for one place to settle and leave the rotten Europe with loads of illnesses. When you were sold or auto sold your life did not matter at all. You were a bargain chip. Any slave of any colour that was a slave to pay something back had the same treatment as anyone else. Their pain was the same. When your life has no value people do things you could not even think about. When the debt was paid off they could come back to their habitual life but not the ones that were prisoners of war that normally were slaves for life if freedom was not granted and that’s how it was in America. They were sold and gave up from their own people but mostly taken by force and that is when the atrocities came. No one would ask them to come back or would be going after them if they were not taken by force from royalty. African slave owners were not good either and I am African talking to uplift my people. If you can devalue a life you are not better than the person you think is your oppressor and the difference between you and me is that the only person I think is my oppressor is myself”.
These are other things she said which are:
“Remember if you are not 100% Black you are not African and looks are deceiving. You cannot pay a bill of £100 with £99.99 because it is not the same amount and they will ask you or put you in debt for that 0.1 penny. So if you are not 100% African you are not one of us. God allowed the Black Americans to be Americans for a reason and that’s why I feel sorry for them”.

She wrote an article called I am wondering why some people are so pissed off with the truth
She said “The truth that original Africans are in danger any time they mix with any Non-Africans and the offspring of these people and the so called Black Americans that are the new blacks mixed of many races. The truth that unmixed Africans are the original people on earth. The truth is that African Nations see black Americans as whites but in black skin”.

There is a video on youtube which is about a Caribbean Woman of Grenadian descent talking about her ancestry DNA results. She said “This is the highest DNA result from an African American woman of a Grenadian background. She is 98% African and 2% Asian. That is the legacy of slavery that made them all mixed people and took away their Africanism that their ancestors would be ashamed of what they would have become. That 2% takes away all purity. Their ancestors are my true siblings but I can no longer see them in them and I met all black American from the North to the South American continent. This woman is probably a descendant of maroons but she will end up mixing between each other thinking they are black but what she is doing is mixing ancestry and the Non-African lineages are strong in them.”

On her Google+ Account she put an image with black children and it said in white writing STOP RACE MIXING, OUR FUTURE DEPENDS ON IT. MAKE MORE BLACK BABIES!

She commented on an ancestry video and this black American woman was 87% black and she was mixed with European. The comment was “Black does not mean pure because we Africans gave them that look. Pure Africans make pure babies because our race was never mixed. The devil or evil is trying to confuse you so people looking black with a mixed background is not black, they are mixed. Pure Africans are a limited edition granted to you”.

What I can say is that those comments are really hateful and nasty. It was mainly about the black Americans but it would still apply to the Caribbean’s and the Jamaican/Caribbean community needs to know about this. I have seen a few posts where she has insulted the Jamaicans.

She is the type of person that believes that she is better than the Black Americans and the Afro Caribbean’s because she is 100% African and the blacks in the Diaspora don’t have a pure bloodline but it is not our fault. We are mixed due to slavery.

When you access her Google+ Account (G+) you will see that she has different interests and the one you need to select is called Pure African Love 100% Genes. That is where I got all the above information from. She keeps on posting hateful comments under that interest. You will find pictures of her under the interests called Moments so you get to see what she looks like.

The reason why I put up images of her so that you can know what she looks like so if you ever see her in London you will then be able to confront her. She really needs a confrontation.