WHAT A WASTE FOR SURE 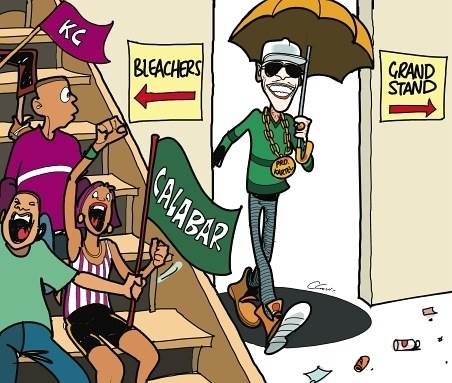 The dream of many a youngster is to find a talent, understand that talent, hone the talent, and then allow that talent to elevate you to at least stardom and riches. Beyond that level lies superstardom, wealth, fame and, like Usain, legendary status.

But for many youth in rural Jamaica and in tough inner-city communities, to expect more than stardom is to be a bit greedy. They fear they may overreach and end up falling well short of the most base of targets. Many youth who grew up drinking the soursop leaf, lime leaf, rice-and-peas bush, or cerasee tea because Mama couldn’t afford the teabag, have dreams of reaching a status which will place them like Muhammad Ali, like Pelé, like George Headley and like Donald Quarrie, in the pages of the developmental readers distributed by Government at no cost to students at primary and all-age schools throughout the land.

For them, that was the target at which they arrowed their ambition in the hope that the shot from their bow would at least allow them to let Mama move her bowels in an inside toilet with button flusher, inside her own tiled bathroom with a nice tub and wash basin, at least one time before she died.

They want to be able to use their talent to afford a nice motor vehicle, the kind that will make Mama’s heart swell with pride when they pull up at her house and step out in full view of the same neighbours who said they were not going to turn out to be anything good.

They want their talent to allow them to walk into Missa Porter’s bar and buy drinks for all the older men from the community who used to always have encouraging words as they saw them walking to and from the place where they developed their talent into solid ability.

For these youth, if God would be only kind enough to give them that talent, they would never betray it. For that would be their golden ticket away from a life of tripe and gizzard to one of prime cuts of meat and a range of seafood.

The majority of youth who dream this dream, but who end up with no notable talent are all quite possibly extremely angry with Vybz Kartel right now.

Here was a man who had the talent to be one of the greatest songwriters in dancehall music if he had been born with a severe speech impediment.

Here was a man whose talent has allowed him to ghost-write several hits for giants of the dancehall, men whose names cannot be left off the roll when the call is made for the greatest ever exponents of the art of deejaying to stand and be acknowledged.

Here was a man with the talent to revolutionise the art of deejaying, bringing a rhyming pattern to the music that would break the jaws of the majority of fellow artistes if they even attempted to match that pattern.

Here was Vybz Kartel, a man whose talent was so enormous, he could walk out of the camp of the ‘crossest’, ‘angriest’ wolf in the business and then proceed to build a career even bigger than the one he enjoyed before.

Kartel was a man who, in 2007, sang of how his earnings allowed him to buy $9 million worth of motor cars, a house for his mother and one for himself, which, in his own inflated words, was bigger than the Pavilion Mall in Half-Way Tree.

His talent was such that his reinvention from a black deejay to a bleached, heavily tattooed singjay, lost him many admirers, but gained him wealth and a lot more fanatics.

Here is Kartel. A man whose possession of money-spinning, fame-inducing talent is beyond the scope of hundreds of thousands of daydreaming Jamaican youngsters. A man who is, according to a jury of his peers, a murderer.

Perhaps if Kartel could relive his life, he would choose not to follow the example of his own existence to date. Why? Because to him, such a life would represent a waste of talent.

0 thoughts on “WHAT A WASTE FOR SURE”