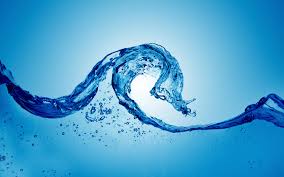 Who God Bless no man can curse. Really?

I want to discuss today this famous statement that has been rehearsed in our hearing time and time again, “Who God bless no man can curse.”

Now, from day to day I come across folks, that claim to be blessed and highly favored, however based on the evidence they appear to be living more under a curse than being blessed.

Many folks have no idea what a blessing is or its purpose. To be blessed is to be empowered, to do something that one could not do under normal circumstances. The bible states that God blessed them (Adam & Eve) then God commanded them; to be fruitful, multiply, replenish, subdue, and dominate) they could not perform this command without the prerequisite, which was the blessing. A curse is just the opposite; not being empowered (blessed) to be fruitful, multiplying, replenishing, subduing, and dominating.

Based on the above definition of the blessing and the curse,take a few seconds and try to recall in your mind the folks that said they were blessed and apply the definition. Does it equal the blessing?

Well, firstly, I am a strong believer that if God has blessed you, indeed no man can curse you, for obvious reasons and that is, man is not greater than God. So, how in the world can one be functioning as a cursed person, even though God has blessed him?

In order to understand the revelation of this subject, we must look at one of the laws that governs being blessed and being cursed. After discovering this law, you will also understand that literally no man can curse you if God has blessed you. In fact the curse that you are under came not via someone, but by you! yes you!

Let’s go back to Adam and Eve, (Genesis 1:26) remember this is where God originally blessed them, this blessing was solely maintained by their being obedient to their creator. So, how did they ended up being cursed, did Satan cause this curse, better yet did he invoke it? No! he did not, it was when they disobeyed God’s laws they brought a curse upon themselves. Folks, are you listening? No witchcraft, voodoo etc. can have any effect on you unless you are in defiance of God’s laws. Still not convinced?

Remember I told you earlier in this article about the laws that governs the blessing and the curse. Well let’s search further. (Deuteronomy 28:1-2) gives the law for the blessing, and it says if we would hearken: meaning to hear, understand, and act upon what is understood, which are the commandments of God, then the blessing will come upon us and eventually overtake us. Again if we hearken to the things God command of us. clear right?

Now, if you look at (Deuteronomy 28:15-16) it will prove to you that no one placed a curse on you but you were a key player on placing it on yourself. Simply but this scripture is saying if you do not hearken to God’s laws and do his commandments. Then the curses will come upon you and overtake you. I am sure we can conclude that the blessing and the curse hinges on obedience or disobedience.

Another law concerning the curse, which ties into what we are discussing here is found in (Proverbs 26:2) which states the curse causeless shall not come . Which simply means any curse that is sent to you, can not take effect unless there is a cause or reason, and that reason would be neglecting God’s laws and commandments.