Authorities are investigating the death of a Missouri woman who had traveled to South Florida to undergo a Brazilian butt lift procedure.

According to Hialeah Police, 25-year-old Ranika Hall underwent the procedure at Eres Plastic Surgery in Hialeah, Thursday night. During the surgery, the Kansas City resident lost consciousness and wasn’t breathing.

Officials said fire rescue crews responded to the cosmetic surgery center shortly after the call came in, just before 9 p.m. 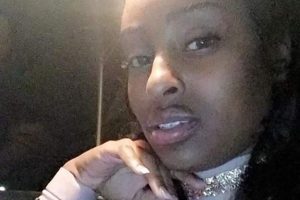 Hall was rushed to Larkin Community Hospital, located just blocks away, where she died about an hour later.

A law firm representing the clinic and Dr. Daniel Calva, who works at the clinic, sent 7News the following statement, Friday night: “Dr. Daniel Calva and Eres Plastic Surgery are deeply saddened by what has occurred and offer their thoughts and prayers during this difficult time. Dr. Calva is a highly skilled and caring surgeon that is dedicated to providing the highest level of care to his patients. The cause of death has not yet been determined until a medical forensic examiner has completed an examination.”

A woman who identifies herself as Hall’s mother has set up a GoFundMe page in the patient’s name. On that page, she wrote, “[Ranika] has a beautiful 1-year-old old daughter that I need to bring her body back for a proper burial. If you can donate anything please please do so. Thank you.”

Hall is not the first to lose her life after traveling to South Florida for plastic surgery. Last year, 29-year-old Heather Meadows went under the knife at the same Hialeah location, then named “Encore Plastic Surgery.” An investigation into her Brazilian butt lift procedure later found no criminal wrongdoing.

As for Hall’s case, Hialeah Police are assisting the Florida Department of Health and the Miami-Dade State Attorney’s Office in this investigation.