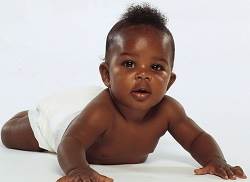 Woman Dumped Baby at NYC Subway Station, Cops Say
NEW YORK — Jul 7, 2014, 10:14 PM ET
Associated Press
New York City police say they are searching for a woman who abandoned a baby at a Manhattan subway station.
According to WINS Radio (http://cbsloc.al/1jZW9e4), it happened around noon Monday.
Police say the woman pushed the baby’s stroller onto the platform when the northbound No. 1 train arrived at the Columbus Circle station. Then she got back onto the train.
Authorities say the baby is 6 to 7 months old. She was examined at Roosevelt Hospital. Police say there were no apparent signs of trauma.
The woman who abandoned the baby is described as 20 to 30 years old with medium length black hair. She was last seen wearing a short sleeved yellow blouse.
———