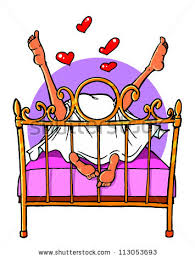 A BULAWAYO based teenage tout was on Monday caught pants down with his alleged lover, in an office situated along Lobengula Street, between 2nd and 3rd Avenue.
The tout was busted by the girl’s mother who caused a scene when she shouted at the two said lovers.
A source who conducts business in one of the offices said the tout was visibly drunk and went straight to the office which is rented by his lover’s mother.
“I peeped through the window and saw the pair undressed in the act. Many people came to watch them through the window and made all sorts of comments while they were busy.”
However, the spectacle was abruptly stopped by the girls mother who found hordes of people camped outside her office. She allegedly shouted on top of her voice and banged the door.
It is said after banging the door the pair stopped in fright and quickly wore their clothes.
It is said she ordered her daughter to open the door but she dared not That allegedly incensed her leading her to report the matter to the police.
After a while the two were whisked away.