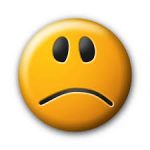 Man sues hospital for shortening his manhood
An unlucky man who fractured his manhood during sex with his wife lost about an inch’ off its length after what he says was a misdiagnosis by a nurse.
The man is now suing the hospital for the break-up of his marriage after he lost the ability to have sex for two years – something he says came about because the nurse failed to physically examine his manhood.
The lack of proper examination, he says, is what led to an off-site doctor falsely diagnosing him only with minor trauma.
It took two weeks of agony for the man to find out his lovemaking slip-up had seriously damaged his member.
Subsequent surgery to repair the damage meant a 24-month sex embargo for the man – as well as a shortened manhood.
Hospital