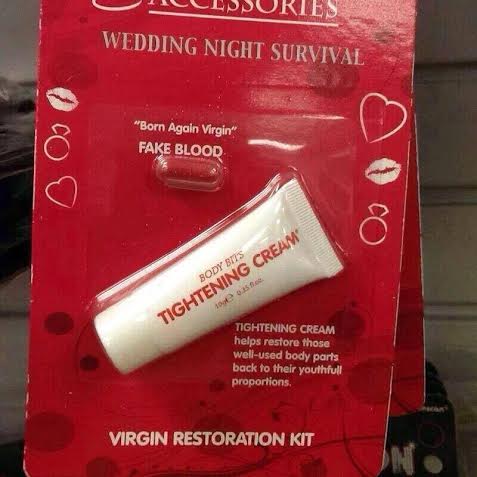 PREVIOUSLY traded in the shadows and largely a tool of the trade for vice girls, Vagina tightening herbs and treatments have now gone main-stream with hair salons in Harare doing brisk business openly selling the concoctions to clients.

Local men are thought to prefer that the Vagina should be dry and tight and some women have sought to achieve this by using traditional herbs despite the risk of diseases such as cervical cancer.

At US$1 a pack, the so-called Mushonga weku tightena treatments are now easily available from vendors at street corners in the capital’s central business district as well as from most of the city’s hair dressers and barbers.

Investigations by NewZimbabwe.com established that both men and women were now buying the treatments with hairdressers and barbers openly asking clients whether they wanted to buy mushonga weku tightena after hairdos.

Said Misheck, a barber at the corner of Speke and Angwa Street: “I started (selling the herbs) on a trial base but the demand is high and l am making around $100 per day from these herbs.
“But now most hairdressers have taken many of my clients.”

Busi, a hairdresser operating at corner Nelson Mandela and Julius Nyerere, added: “I have my clients from married women to ladies of the night.

“When l am at home (Kuwadzana high density surburb) I go out in the night clubs to sell them. I’m not sure whether it works or not; but why would they buy it like that if it doesn’t give them the desired results.”
She said hair salons were no longer just about hair and beauty but love and relationships as well.

Asked whether they were not concerned about the risk of cervical cancer, some of the women using the products said the cancer would likely affect them “later but, for now, we are focusing on pleasing our men”.

“We are in competition for husbands who are going out for ‘small houses’; so we are now using Vagina tightening herbs because this is what our men want,” said a married woman who asked not to be named.
Cancer specialist Professor Mike Chirenje said women were putting their health in danger by using the herbs.

“Intense Vaginal washing (douching) with any agent is considered bad practice because it fights the body’s natural defences called lactobacilli that maintain acidic pH to kill incoming bugs. A gentle wash with clean water is all that’s needed,” he said.

Cervical cancer is now the most common cancer among women, particularly those living with HIV.

Activists have the government to step up efforts to prevent deaths related to the disease, accusing authorities of paying lip service to the problem.
According to the Zimbabwe National Cancer Registry, cervical cancer affects about 30 percent of women in the country.
Harare

161 Users Online
Back to top