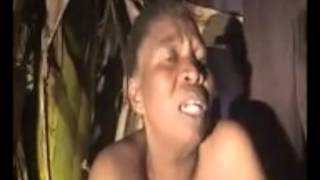 STORIES of witches allegedly feasting on human flesh have always been dismissed as fairytale, but Muwandiri villagers in Chivi, Masvingo, believe they have a real story to tell after a woman from the village was allegedly caught in action.
According to B-Metro, the 90-year-old woman, identified as Shoko, and an alleged self-confessed witch, was caught after she and her partners failed to feast on a baby because he had developed teeth.
It is said that other witches refused to feast on the baby demanding one with no teeth.
Shoko was forced to return the baby to his home and was expected to bring another one, but failed to deliver as she miraculously got stuck at the homestead.
She was found at around 3am carrying the baby who was screaming for help.
The mother of the baby woke up to the shock of her life as she discovered that her baby was crying outside the bedroom hut.
She then went outside and found the baby lying next to the old woman and just grabbed it and returned to the hut.
Sharai Hundi will live to remember the day when her one- and a half year old baby survived being eaten by the alleged village witches.
“I will never forget that day and I thank God for saving my baby. It was around 3am when one of my children woke me up asking for water. When I checked on my baby, I realised he was not there though I could hear him crying. I then discovered that he was crying from outside the house. At one moment I thought I was dreaming, but when I opened the door, my baby was indeed outside the hut. I do not even know where I got the strength to walk out because it appeared as if there was a fire next to him,” said the visibly shocked Hundi.
She revealed that when she got back to the house with the baby, she had a hard time in cooling him down as he screamed uncontrollably.
“I phoned some of our relatives who stay nearby, but they only came to my homestead at around Sam but the old woman was still outside. Feeling embarrassed, she chose to cover her face with her dress leaving her essentials exposed. She was then questioned on what she was doing and was left with no choice, but to confess as villagers wanted to beat her up,” she said.
Shoko, who is known in the village to be blind revealed that she was blind during the day, but “sees” clearly at night.
She stunned villagers when she revealed that she had taken the baby because it had been her turn to supply human flesh.
Unfortunately, other witches refused to eat him because they wanted fresh flesh from a baby without teeth.
According to villagers, Shoko said she did not know what happened when she arrived at the homestead to return the baby as she failed to get inside the bedroom hut.
“When my husband, Mujena arrived from work, he ordered Shoko to leave and she spent four hours walking around the homestead and her children were forced to bring a wheelbarrow and they ferried her away. We refused to take the five cattle from the woman as compensation as my husband said that would make her come for our children’s blood,” said Hundi.
The village head dealt with the issue by banishing the woman from the village, according to villagers.
“My son has not yet recovered, the cuts he sustained on his body have not yet healed and his eyes are giving him problems. We also found our underwear and the baby’s towel at Shoko’s homestead. We burnt everything and we are praising God for saving the family,” said Hundi.